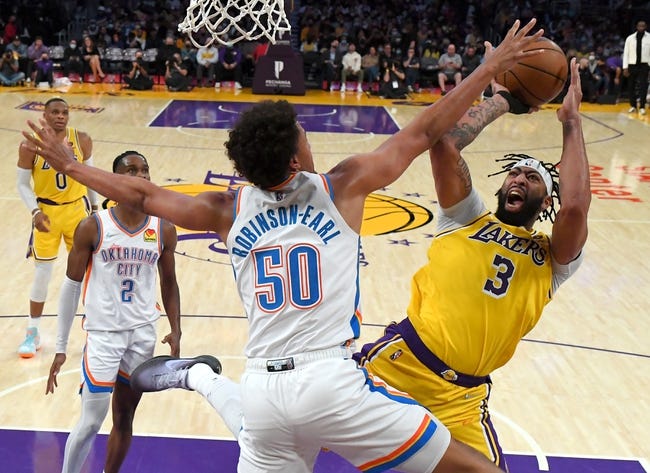 The Los Angeles Lakers should be favored and should win this game, but I'm tired of saying that. The bottom line is the Lakers are an average at best team where nothing has come easy for them, and they have countless bad losses already this season. OKC has a pair of wins over the Lakers already this season, and it wouldn't be shocking to see another win with LA on the end of a back to back here. I'm tired of backing the Lakers and coming up short. Give me the Thunder and the points.