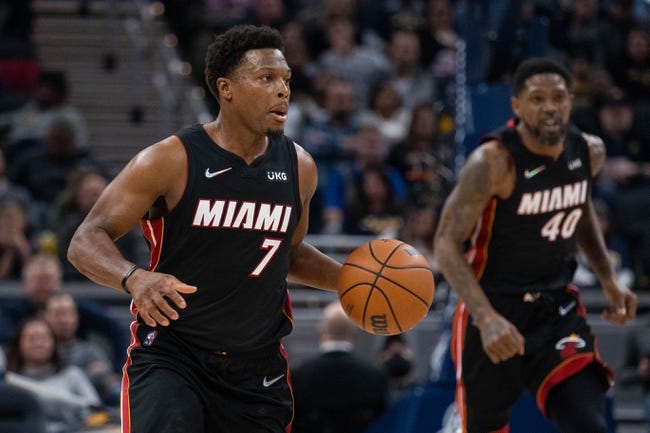 The Memphis Grizzlies travel to the FTX Arena to take on the Miami Heat on Monday night.

The Memphis Grizzlies have been in great shape as they’ve won seven of their past 10 games and they will be gunning for a fifth straight victory after beating the Mavericks by 97-90 on Saturday. Desmond Bane led the team with 29 points and nine rebounds on 12 of 20 shooting, Tyus Jones added 16 points with seven assists while Jaren Jackson Jr chipped in with 13 points. As a team, the Grizzlies shot 48 percent from the field and nine of 26 from the 3-point line, but credit this win to their effort on the defensive end as they held the Mavericks to just 37 points in the first half to build an early 17-point lead which was enough to keep them in front for the rest of the game.

Meanwhile, the Miami Heat have been in a rut as they’ve lost five of their past eight games and they will be hoping to bounce back after getting routed by the Bucks in a 124-102 road loss on Saturday. Max Strus led the team in scoring with 25 points on eight of 13 shooting off the bench, Caleb Martin added 16 points off the bench, Tyler Herro scored 15 points with nine rebounds and six assists while Kyle Lowry chipped in with 10 points and seven assists. As a team, the Heat shot just 40 percent from the field and 17 of 43 from the 3-point line but there was no slowing down the red-hot Bucks who poured in 69 points in the first half and 100 points before the end of the third quarter.

Brandon Clarke is listed as doubtful for the Grizzlies while Jimmy Butler is listed as questionable for the Heat so both teams could be shorthanded here. The Grizzlies are coming into this meeting with plenty of momentum after beating the Mavericks for their fourth straight win. In contrast, the Heat were really struggled lately and they just got beat down by the Bucks in their last outing. This should be a close one, but the Grizzlies have been playing well and they represent great value as the underdogs here.