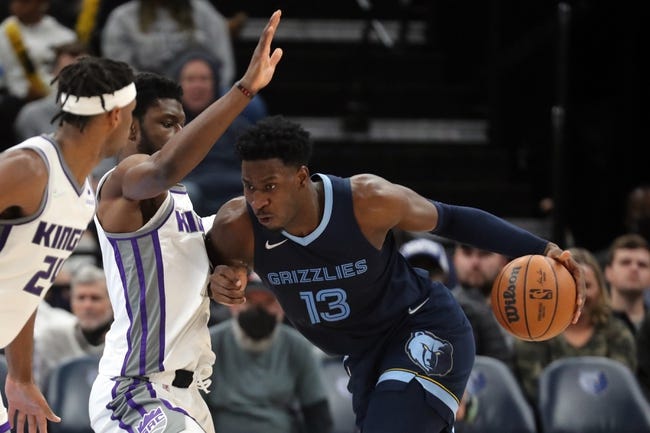 The Oklahoma City Thunder and the Memphis Grizzlies duke it out at the FedExForum Thursday night.

The Oklahoma City Thunder have been in terrible shape as they’ve lost nine of their past 10 games and they will be hoping to arrest a seven-game slide after falling just short to the Rockets in a 114-110 home loss last night. Shai Gilgeous-Alexander led the team with 39 points on 12 of 26 shooting, Luguentz Dort added 19 points while James Robinson-Earl chipped in with 19 points and four assists. As a team, the Thunder shot 47 percent from the field and eight of 32 from the 3-point line as they looked to be in complete control after leading by as many as 15 points in the third quarter, but they never put away the Rockets and got burned in the fourth quarter where the Rockets exploded for 41 points to snatch the game from them late.

Meanwhile, the Memphis Grizzlies have been building nicely as they’ve won five of their past eight games and they will be aiming for a third straight victory after taking down the Raptors in a 98-91 road win on Tuesday. Jaren Jackson Jr. led the team with 25 points, six rebounds and five blocks, Desmond Bane added 23 points while Dillon Brooks chipped in with 17 points and four steals. As a team, the Grizzlies shot just 38 percent from the field and 10 of 34 from the 3-point line, but they were feisty on the defensive end as they set the tone by holding the Raptors to just 18 points in the first quarter to build a 17-point lead, before making another push in the fourth quarter after the Raptors drew to within five points. Brooks shot just five of 18 from the field while Tyus Jones shot just two of 10 from the field in a scrappy game.

The Thunder haven’t been able to build any momentum over their past couple of weeks and they will be kicking themselves after blowing a 15-point lead against the Rockets last night. The Grizzlies are starting to heat up and they have the advantage of extra rest as they haven’t played since Tuesday. The Thunder are only 1-7 ATS in the last eight meetings overall and it’s hard to back them in their current form. The line is a little hefty, but I think the Grizzlies take care of business at home in this one.