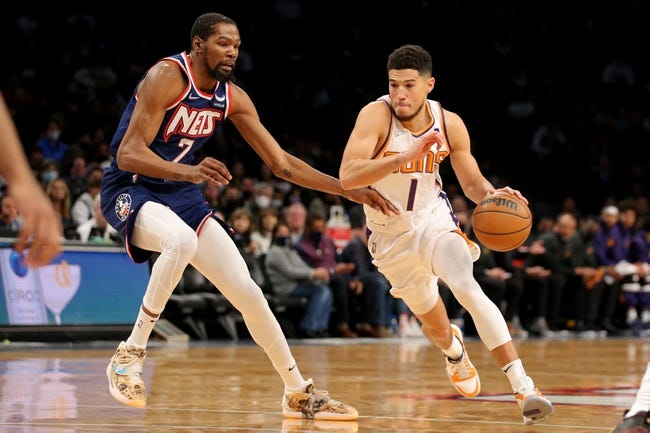 The Golden State Warriors and the Phoenix Suns duke it out at the Footprint Center on Tuesday night.

The Golden State Warriors have been on fire as they’ve won 14 of their past 15 games and they will be gunning for an eighth straight victory after routing the Clippers in a 105-90 road win on Sunday. Stephen Curry led the team with 33 points, six assists and six steals, Otto Porter Jr. provided the spark off the bench with 18 points, 10 rebounds off the bench while Jordan Poole chipped in with 17 points. As a team, the Warriors shot 44 percent from the field and 17 of 40 from the 3-point line as they held the Clippers to just 18 points in the second quarter to take the lead at halftime, before they poured in 61 points in the second half to pull away in a game that got chippy in the end.

Meanwhile, the Phoenix Suns have been the hottest team in the league as they are now riding a 16-game win streak after outlasting the Nets in a 113-107 road win on Saturday. Devin Booker led the team with 30 points on nine of 18 shooting, Chris Paul added 22 points with eight rebounds and five assists while Mikal Bridges chipped in with 13 points and seven steals. As a team, the Suns shot 44 percent from the field and 13 of 38 from the 3-point line as they stormed out of the gates to an early 20-point lead, before having to make another push in the third quarter after the Nets rallied to within seven points. Jae Crowder had a rough night as he finished with just five points on two of nine shooting, but Bridges’ career-high seven steals provided a real spark for the team.

The league-leading Warriors take on the red-hot Suns in what is a real statement game for both teams. The Warriors are still banged up as they’re without Klay Thompson, Andre Iguodala, James Wiseman and Damion Lee, but that hasn’t slowed them down at all this season. The Suns have had targets on their backs for a while now as they continue their impressive win streak, but there’s no sign of them slowing down as they’re just about at full strength. It’s hard to split these two teams at this stage and the Warriors are always tempting as underdogs, but I’m sticking with the Suns to keep the streak alive with a narrow win at home.