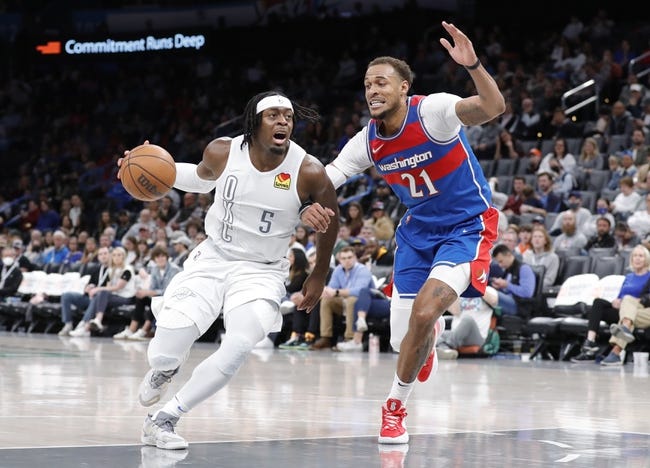 The Houston Rockets play host to the Oklahoma City Thunder at the Toyota Center on Monday night.

The Oklahoma City Thunder have been in rough shape as they’ve lost seven of their past eight games and they will be hoping to snap a five-game slide after falling just short to the Wizards in a 101-99 home loss on Friday. Luguentz Dort led the team with 21 points, Shai Gilgeous-Alexander added 15 points with eight rebounds and nine assists while Josh Giddey chipped in with 11 points, seven rebounds and four assists. As a team, the Thunder shot just 40 percent from the field and 11 of 33 from the 3-point line as they rallied back from a 10-point deficit to tie the game midway through the fourth quarter, only to come up short as the Wizards answered with another run to escape with the win.

Meanwhile, the Houston Rockets have endured a terrible start to the season as they won just one of their first 17 games, but they are suddenly gunning for a third straight victory after outlasting the Hornets in a 146-143 overtime home win on Saturday. Christian Wood led the team with 33 points, 16 rebounds and two blocks on 13 of 19 shooting, Kevin Porter Jr. added 23 points with 12 assists, Eric Gordon scored 22 points with seven assists while Garrison Matthews scored 20 points. As a team, the Rockets shot 53 percent from the field and a sizzling 23 of 49 from the 3-point line as they squandered a 17-point lead in regulation, before holding the Hornets scoreless for a 2:32 stretch to pull away and escape with the narrow win.

It’s hard to comprehend, but the Rockets are actually coming into this game as the team in better form as they’ve come to life with two wins and are now favorites at home despite missing Jalen Green. The Thunder are riding a five-game losing streak, but four of those five losses were by single digits and each of those games was against playoff-bound teams in the Bucks, Celtics, Hawks, Jazz and Wizards. I do see why the Rockets are favored at home, but the Thunder are 5-2 ATS in the last seven meetings overall and I think that trend continues here.