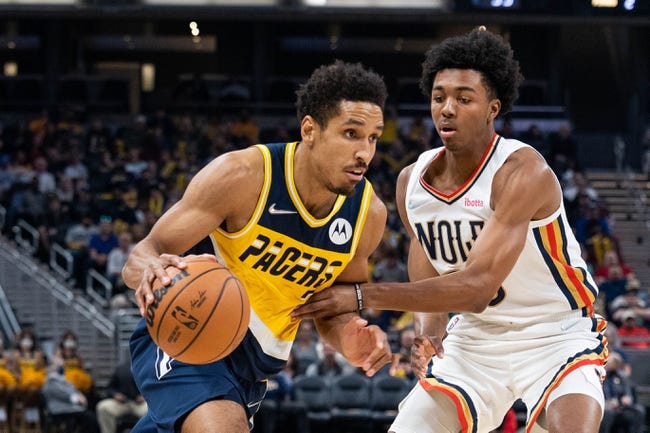 The Toronto Raptors and the Indiana Pacers collide at Gainbridge Fieldhouse on Friday night.

The Toronto Raptors have been in rough shape as they've lost seven of their past 10 games, but they will be aiming to build some momentum after blowing past the Grizzlies in a 126-113 road win on Wednesday. Gary Trent Jr. led the team with 26 points, Fred VanVleet added 23 points with seven assists while Pascal Siakam, Precious Achiuwa and Scottie Barnes each scored 17 points. As a team, the Raptors shot a healthy 53 percent from the field and 14 of 30 from the 3-point line as they looked to be in trouble after allowing 71 points in the first half to trail by as many as 14 points early on, before coming back in the second half where they outscored the Grizzlies by 67-42. All five starters finished in double figures in scoring as the bench combined for just 26 points.

Meanwhile, the Indiana Pacers have been in a bit of a rut as they've lost four of their past six games and they will be hoping to bounce back after having their two-game win streak halted in a 124-116 overtime home loss to the Lakers on Wednesday. Malcolm Brogdon led the team with 28 points, Chris Duarte added 17 points off the bench, Justin Holiday scored 16 points while Domantas Sabonis chipped in with 14 points, 12 rebounds and six assists. As a team, the Pacers shot just 40 percent from the field and 13 of 46 from the 3-point line as they squandered a 12-point lead after leading for most of the game, before going ice-cold in the overtime period where they scored just four points.

The Raptors have yet to fully hit their stride this season and they're still without OG Anunoby and Khem Birch, but they will take plenty of confidence from their comeback win over the Grizzlies on Wednesday. The Pacers were building nicely before their tough overtime loss to the Lakers and they're just about at full strength with Caris LeVert returning to the lineup. This is a tough game to pick, but the Pacers are starting to heat up now and I think they can get the job done at home.