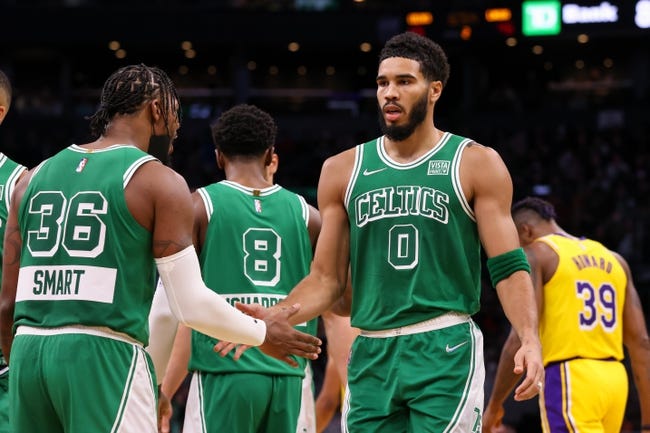 The Houston Rockets invade the TD Garden to do battle with the Boston Celtics on Monday night.

The Houston Rockets have been in dreadful form as they are still stuck on one win for the season, and they are currently riding a 14-game losing streak after falling short against the Knicks in a 106-99 road loss on Saturday. Christian Wood led the team with 18 points, 12 rebounds and two blocks, Jalen Green added 16 points on seven of 11 shooting while Eric Gordon chipped in with 15 points and five assists. As a team, the Rockets shot 45 percent from the field and 10 of 39 from the 3-point line as they jumped out to 10-point lead after holding the Knicks to just 13 points in the first quarter, but that lead quickly disappeared once the Knicks started to heat up from the perimeter. Still, the Rockets hung around and managed to lead by five points midway through the fourth quarter, until the Knicks used a 17-5 run to steal the game late.

Meanwhile, the Boston Celtics have been in great shape as they’ve won seven of their past 10 games and they will be gunning for a third straight victory after outlasting the Thunder in a 111-105 home win on Saturday. Jayson Tatum led the team with 33 points, eight rebounds and five assists on 11 of 22 shooting, Dennis Schroder added 29 points with six assists on 13 of 22 shooting while Al Horford chipped in with 10 points, 11 rebounds and seven assists. As a team, the Celtics shot 46 percent from the field and 17 of 39 from the 3-point line as they held the Thunder to just 22 points in the second quarter to take a 15-point lead into halftime, before they pushed the margin out to 25 points in the third quarter which proved to be just enough as the Thunder rallied to cut the lead to just four points with 11.3 seconds remaining.

The Rockets have struggled to win games all season as you can see from their record, and they could be shorthanded once again as Kevin Porter Jr. is listed as questionable for this one. The Celtics were far from convincing in their narrow win over the Thunder on Saturday, but they were playing that game on zero days’ rest, so I’m going to give them a pass there. The line is hefty, but the Celtics are 8-2 ATS in their last 10 games overall and I don't see them blowing another big lead after what almost happened in their last outing.