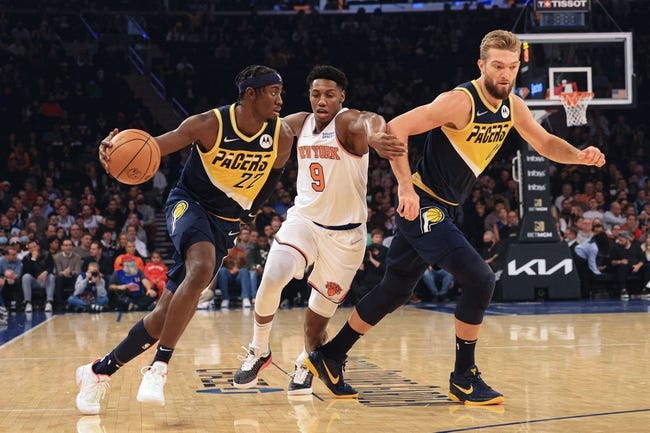 The New Orleans Pelicans have struggled to get going this season as they’ve lost four of their first 17 games, but they will be eager to build some momentum after blowing past the Clippers in a 94-81 upset home win last night. Jonas Valanciunas led the team with 26 points, 13 rebounds and two assists on 10 of 19 shooting, Josh Hart added 19 points with 10 rebounds and four assists while Brandon Ingram chipped in with 17 points, 12 rebounds and five assists. As a team, the Pelicans shot 43 percent from the field and 13 of 30 from the 3-point line as they got off to a slow start and fell behind by as many as 20 points early on, before taking over in the second half where they held the Clippers to just 26 points in what was easily their best defensive performance of the season.

Meanwhile, the Indiana Pacers have been in a bit of a funk as they’ve lost five of their past eight games and they will be hoping to arrest a three-game slide after falling just short to the Hornets in a 121-118 road loss last night. Jeremy Lamb led the team in scoring with 23 points and five assists off the bench, Malcolm Brogdon added 16 points on six of 10 shooting while Torrey Craig chipped in with 14 points. As a team, the Pacers shot 46 percent from the field and 11 of 36 from the 3-point line as they struggled to make the Hornets from the start and fell behind by as many as 25 points before falling painfully short as they cut the deficit to just three points in the final seconds. Domantas Sabonis scored just eight points on three of six shooting while Myles Turner scored just four points on one of five shooting.

The Pelicans have had very little to cheer about so far this season, but they will take plenty of confidence from their comeback victory over the Clippers last night. The Pacers have been struggling lately and they would’ve got blown out by the Hornets last night if not for a late run from their bench players. I want to go with the Pelicans after what I saw from them last night, but we just don’t get that kind of effort from them on a nightly basis, so I’m more inclined to lean towards the Pacers to bounce back with a much-needed win at home.