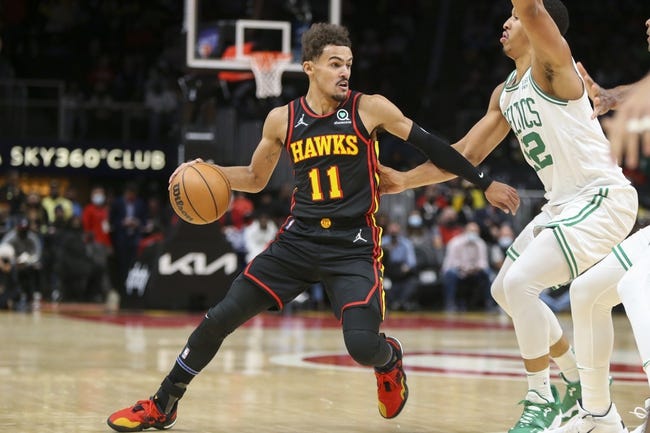 The Charlotte Hornets and the Atlanta Hawks collide at the State Farm Arena on Saturday night.

The Charlotte Hornets have quietly been one of the hottest teams in the league as they’re now aiming for a sixth straight victory after outlasting the Pacers in a 121-118 home win last night. LaMelo Ball led the team with 32 points, 11 rebounds and eight assists, Gordon Hayward added 25 points on nine of 15 shooting while Kelly Oubre Jr. chipped in with 16 points off the bench. As a team, the Hornets shot 54 percent from the field and 12 of 31 from the 3-point line as they dominated the first half to lead by as many as 25 points, before hanging on for the narrow win as the Pacers second unit rallied late to cut the deficit to just three points in the final seconds.

Meanwhile, the Atlanta Hawks have endured a slow start to the season, but they are now looking to build on their current three-game win streak after routing the Celtics in a 110-99 home win on Wednesday. John Collins led the team with 20 points and 11 rebounds on nine of 13 shooting, Kevin Huerter and Cameron Reddish each scored 19 points while Trae Young tallied 18 points with 11 assists. As a team, the Hawks shot 50 percent from the field and 13 of 37 from the 3-point line as they held the Celtics to just 20 points in the second quarter to take the lead at halftime, before pouring in 33 points in the third quarter to push the margin out to 16 points.

This is sure to be a good one as the Hornets have flown under the radar during their five-game win streak, while the Hawks are finally starting to heat up after enduring a rough start to the season. It’s tempting to go with the Hornets, but they are only 1-5 ATS in their last six road games and they are playing this one on zero days’ rest. The Hawks are 27-9 ATS in their last 36 home games and I think that trend continues here as they prevail behind a big game from Young.