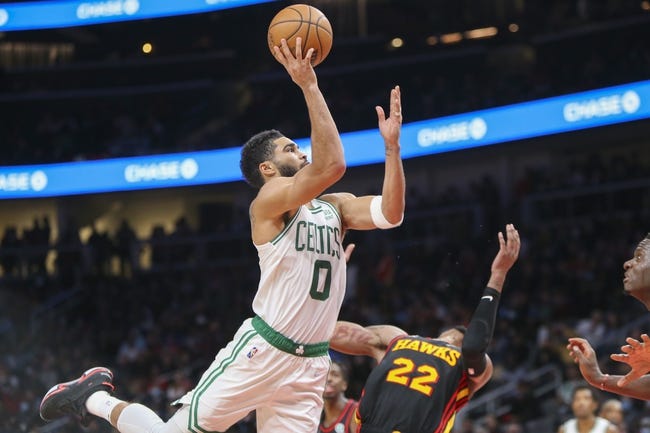 An old rivalry is renewed as the Los Angeles Lakers pay a visit to the Boston Celtics at the TD Garden on Friday night.

The Los Angeles Lakers have been in a slump lately as they’ve lost five of their past eight games and they will be hoping to avoid a third straight defeat after falling just short to the Bucks in a 109-102 road loss on Wednesday. Talen Horton-Tucker led the team with 25 points, 12 rebounds and three assists, Russell Westbrook added 19 points with 15 assists while Anthony Davis racked up 18 points with nine rebounds, four assists and two blocks. As a team, the Lakers shot just 41 percent from the field and 12 of 43 from the 3-point line as they fought hard to rally back from an early 12-point deficit to take the lead in the fourth quarter, only to come up short as the Bucks used a pivotal 13-4 run to pull away and steal the game. Wayne Ellington finished with just three points on one of seven shooting while Kent Bazemore finished scoreless on zero of five shooting.

Meanwhile, the Boston Celtics have been in decent shape as they’ve won five of their past eight games, but they will be looking to bounce back in this spot after getting routed by the Hawks in a 110-99 road loss on Wednesday. Jayson Tatum led the team with 34 points, nine rebounds and five assists, Grant Williams added 18 points while Dennis Schroder chipped in with 15 points. As a team, the Celtics shot 44 percent from the field and just 11 of 41 from the 3-point line as they fell behind early after scoring just 20 points in the second quarter, before getting blown out in the third quarter where they allowed 33 points to fall behind by as many as 16 points. The Celtics got almost nothing from their reserves as Josh Richardson scored 11 points but everyone else finished scoreless.

The Lakers should have Anthony Davis in the lineup despite him being listed on the injury report and they’re going to need him against the Celtics who are coming into this game as the team in better form. Both sides are missing key players as the Lakers are missing LeBron James while the Celtics are missing Jaylen Brown. I wouldn’t be surprised if the Lakers got the win here, but the Lakers are 0-5 ATS in the last five meetings overall and I think the Celtics represent decent value in this spot with the line so short.