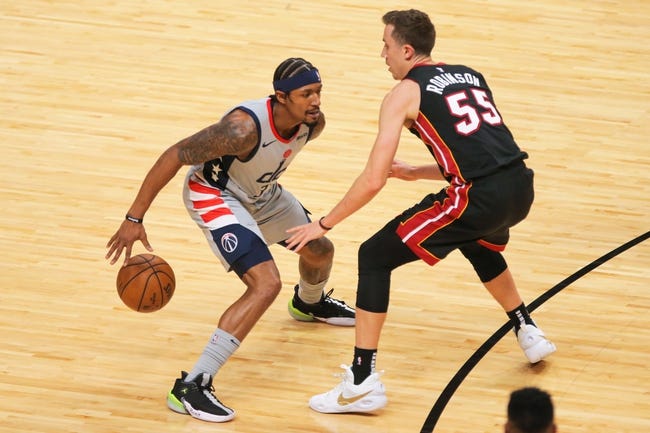 The Miami Heat play host to the Washington Wizards at the FTX Arena on Thursday night.

The Washington Wizards have been in great shape as they were riding a five-game win streak before getting stopped in their tracks by the Hornets in a 97-87 road loss last night. Bradley Beal led the team with 24 points and seven assists, Daniel Gafford added 20 points with nine rebounds on nine of 12 shooting while Montrezl Harrell chipped in with 15 points and 11 rebounds off the bench. As a team, the Wizards shot 36 percent from the field and eight of 42 from the 3-point line as they looked to be in control after leading by nine points in the second quarter, but a cold shooting stretch cost them as they were always fighting an uphill battle after scoring just 14 points in the third quarter. Kyle Kuzma finished with just five points on two of 12 shooting, Kentavious Caldwell-Pope scored just three points on one of six shooting while Spencer Dinwiddie finished scoreless on zero of five shooting.

Meanwhile, the Miami Heat have been in decent form as they’ve won four of their past seven games and they will be looking to build on their current three-game win streak after routing the Pelicans in a 113-98 home win last night. Jimmy Butler led the team with a triple-double of 31 points with 10 rebounds and 10 assists, Tyler Herro added 19 points with five assists while PJ Tucker and Gabe Vincent each scored 13 points. As a team, the Heat shot 48 percent from the field and 15 of 40 from the 3-point line as they struggled to get going and fell behind by 15 points in the first quarter, but they changed the game with their defense and took control in the third quarter where they outscored the Pelicans by 34-18 to set up the big win.

The Wizards were rolling through teams before last night’s ugly loss to the Hornets, so they will be eager to bounce back in this one, especially Kuzma, Caldwell-Pope and Dinwiddie who were all terrible last night. The Heat were slowed down by injuries, but they’re starting to pick up steam again and they look so much better with Butler back in the lineup. The line makes it tempting to go with the Wizards, but the Heat are 6-0 ATS in their last six games playing on zero days’ rest and I think that trend continues here as the Heat pull away late.