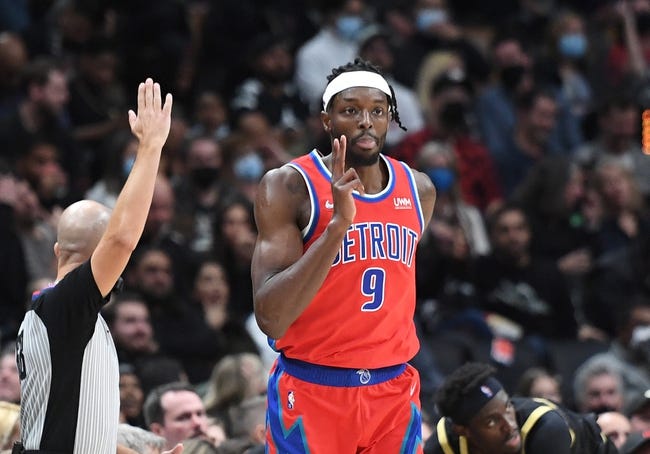 The Detroit Pistons play host to the Sacramento Kings at Little Caesars Arena on Monday night.

The Sacramento Kings have been in a real slump as they’ve lost six of their past eight games and they will be hoping to arrest a four-game slide after falling just short to the Thunder in a 105-103 road loss on Friday. Harrison Barnes led the team with 21 points on eight of 14 shooting, Richaun Holmes added 16 points with 15 rebounds and four blocks while De’Aaron Fox chipped in with 16 points and five assists. As a team, the Kings shot just 40 percent from the field and 14 of 41 from the 3-point line as they poured in 62 points in the first half to lead by as many as 18 points, before the Thunder came roaring back to snatch the game on a clutch steal and layup from Luguentz Dort with just 1.7 seconds remaining.

Meanwhile, the Detroit Pistons have yet to hit their stride as they’ve lost nine of their first 12 games overall, but they will be looking to build some momentum after outlasting the Raptors in a 127-121 road win on Saturday. Jerami Grant led the team with 24 points and five assists on eight of 16 shooting, Isaiah Stewart added 20 points on nine of 11 shooting while Saddiq Bey chipped in with 16 points, eight rebounds and five assists. As a team, the Pistons shot a healthy 54 percent from the field and 15 of 35 from the 3-point line as they poured in 65 points in the first half to take the narrow lead into halftime, before going on a pivotal 15-5 run early in the fourth quarter to escape with the impressive upset win.

The Kings will be really disappointed with their recent results, especially their loss to the Thunder on Friday as they actually had the final possession with the scores tied before Fox had the ball picked on an ill-advised crossover move. The Pistons lost eight of their first nine games, but they’ve come to life with two wins in their last three outings and they looked great on offense on Saturday. The Kings should be good enough to get the win in this spot, but they are 0-4 ATS in their last four games overall, so let’s lean towards the Pistons with the points at home in this one.