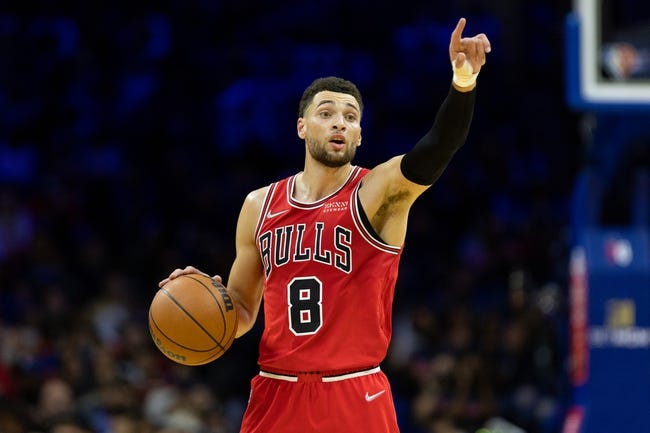 The Brooklyn Nets invade the United Center to do battle with the Chicago Bulls on Monday night.

The Brooklyn Nets have been in great form lately as they’ve won six of their past seven games and they will be aiming for a sixth straight victory after routing the Raptors in a 116-103 road win last night. Kevin Durant led the team with 31 points and seven assists, James Harden added 28 points with 10 rebounds and eight assists while Blake Griffin chipped in with 14 points, 11 rebounds and three assists. As a team, the Nets shot 51 percent from the field and 17 of 38 from the 3-point line as they struggled early on and fell behind by seven points at halftime, before taking control of the game in the third quarter where they outscored the Raptors by 35-17 to win comfortably in the end.

Meanwhile, the Chicago Bulls hit the ground running this season with six wins in their first seven outings, but they’re suddenly looking to avoid a third straight defeat after getting stopped by the 76ers in a 114-105 home loss on Saturday. Zach LaVine led the team with 32 points, nine rebounds and three assists, DeMar DeRozan added 25 points while Derrick Jones Jr chipped in with 12 points off the bench. As a team, the Bulls shot just 40 percent from the field and seven of 29 from the 3-point line as they fought hard to rally back from a 14-point deficit to take the lead midway through the fourth quarter. However, it still wasn’t enough as the 76ers closed the final 4:58 on an 18-8 run to steal the game from them.

The Nets still aren’t at full strength but that hasn’t stopped them from reeling off five straight wins thanks to Kevin Durant and an improving James Harden. The Bulls were one of the hottest teams in the league before getting stopped by the 76ers twice, but it doesn’t get easier for them as the Nets will offer a completely different challenge. This is a tough one to pick as the Nets are tempting as underdogs here, but they’re playing the second night of a back to back set, so I’m sticking with the Bulls to bounce back with a statement win at home.