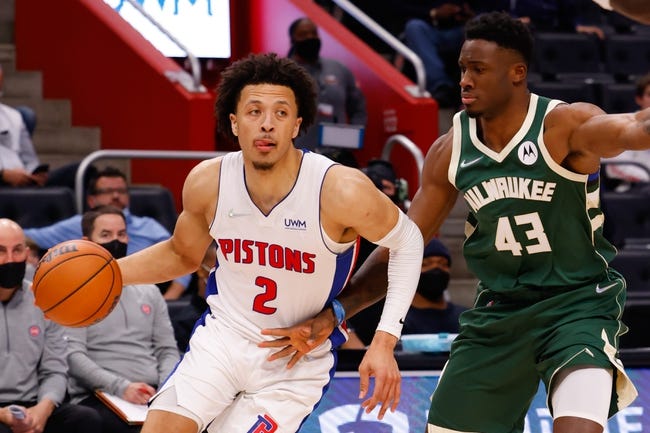 The New York Knicks pay a visit to the Milwaukee Bucks at the Fiserv Forum on Friday night.

The New York Knicks started their season with five wins in their first six outings, but they’re now aiming to avoid a third straight loss after getting routed by the Pacers in a 111-98 road loss on Wednesday. RJ Barrett led the team with 23 points on eight of 20 shooting, Julius Randle added 18 points with 14 rebounds while Evan Fournier chipped in with 14 points. As a team, the Knicks shot just 41 percent from the field and a miserly five of 24 from the 3-point line as they came out sluggishly and were always fighting from behind after getting outscored by 36-22 in the first quarter. Kemba Walker had a night to forget as he finished with just four points on two of 11 shooting from the field and zero of five from the 3-point line.

Meanwhile, the Milwaukee Bucks have been in decent form as they’ve split their first eight games and they will be looking to build some momentum after snapping a three-game skid with a 117-89 road win over the Pistons on Tuesday. Giannis Antetokounmpo led the team with 28 points, eight rebounds, nine assists and four blocks, Pat Connaughton and Jordan Nwora each scored 16 points while Bobby Portis chipped in with 12 points. As a team, the Bucks shot 50 percent from the field and 17 of 37 from the 3-point line, but this win was all about their defense as they held the Pistons to just 39 points in the first half to take an early double-digit lead, before pouring in 33 points in the third quarter to push the margin out to 36 points.

The Knicks begun the season as one of the form teams, but they’ve since cooled off with three straight losses, so they will be eager to get back in the win column, but it won’t be easy. The Bucks have yet to really hit their stride as they’re still missing so many key players, but they are slowly building and they will take plenty of confidence from their massive win over the Pistons on Tuesday. I’m tempted to take the Knicks with the points as a win here would do wonders for their confidence which must be low at the moment, but the Knicks are only 1-4-1 ATS in the last six meetings in Milwaukee, so I’m taking the Bucks who haven’t played since Tuesday.