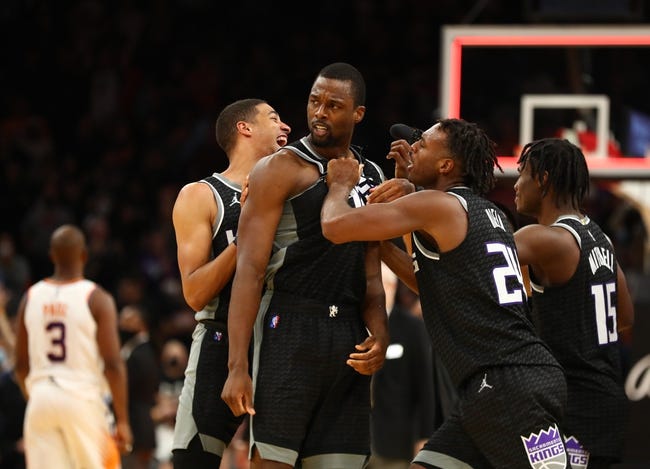 The Sacramento Kings and the New Orleans Pelicans duke it out at the Smoothie King Center on Friday night.

The Sacramento Kings have been in decent shape so far as they’ve split four games and they will be looking to build some momentum after outlasting the Suns in a thrilling 110-107 road win on Wednesday. Buddy Hield led the team in scoring with 26 points on eight of 17 shooting off the bench, Harrison Barnes added 22 points with nine rebounds and four assists, De’Aaron Fox scored 18 points with nine assists while Richaun Holmes chipped in with 12 points, 12 rebounds and three assists. As a team, the Kings shot 44 percent from the field and 15 of 38 from the 3-point line as they held the Suns to just 15 points in the third quarter to rally back from a 12-point deficit, before stealing the game on a clutch 3-pointer from Barnes at the buzzer.

Meanwhile, the New Orleans Pelicans have really struggled so far this season as they’ve lost four of their first five games and they will be hoping to bounce back after falling just short to the Hawks in a 102-99 home loss on Wednesday. Devonte’ Graham led the team with 21 points and six assists, Brandon Ingram added 20 points with eight rebounds and four assists while Jonas Valanciunas chipped in with 16 points, 15 rebounds and three assists, but no other player scored more than eight points. as a team, the Pelicans shot 43 percent from the field and 11 of 36 from the 3-point line as they stormed out of the gates to an early 16-point lead, before getting run down in the fourth quarter as they managed just one point in the final 1:36.

The Kings have yet to really find their groove this season as they’re still tinkering with their lineup, but their confidence will be sky-high coming into this game following their dramatic buzzer-beating win over the Suns on Wednesday. The Pelicans have yet to find their offense and it’s no surprise given the injuries to key players in Zion Williamson, Josh Hart and Garrett Temple. The Kings are 10-1 ATS in their last 11 road games and I think that trend continues here as they escape with the win and cover.