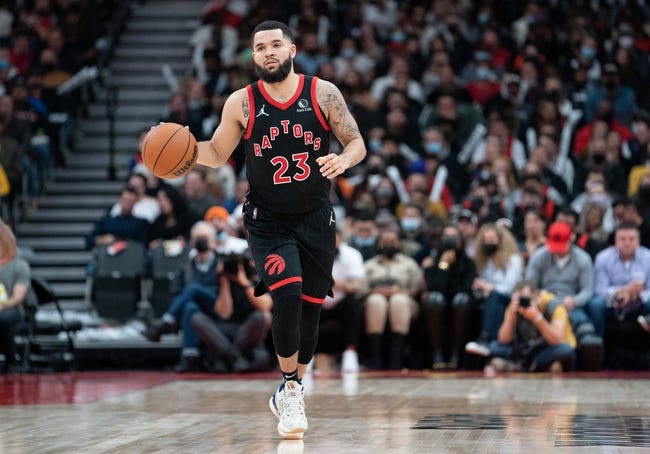 The Orlando Magic pay a visit to the Toronto Raptors at the Scotiabank Arena on Friday night.

The Orlando Magic have been in rough shape as they’ve lost four of their first five games and they will be hoping to avoid a third straight defeat after getting stopped by the Hornets in a 120-111 home loss on Wednesday. Cole Anthony led the team with 24 points and six assists, Wendell Carter Jr. added 20 points with 10 rebounds while Terrence Ross chipped in with 18 points off the bench. As a team, the Magic shot 48 percent from the field and 15 of 40 from the 3-point line as they fought hard to take a 12-point lead in the third quarter, only to go ice-cold when it mattered most as they scored just 18 points in the fourth quarter to allow the Hornets to steal the game late.

Meanwhile, the Toronto Raptors have been in a rut of their own as they’ve lost three of their first five games, but they will be looking to build some momentum after blowing past the Pacers in a 118-100 home win on Wednesday. Fred VanVleet led the team with a season-high 26 points with 10 rebounds and six assists, OG Anunoby added 25 points with five steals while Scottie Barnes chipped in with 18 points, seven rebounds and seven assists. As a team, the Raptors are 46 percent from the field and 14 of 30 from the 3-point line as they got off to a quick start thanks to Anunoby who scored 16 points in the first quarter, before cruising in the second half where they poured in 61 points to claim their first home win of the season.

The Magic have really struggled to get going this season and it’s because they haven’t yet found a consistent scorer outside of maybe Anthony and it’s a similar story for the Raptors who were really struggling before their blowout win over the Pacers on Wednesday. It’s hard to back either team with much confidence, but there’s just a bit more to like about the Raptors, especially with the Magic only 1-10 ATS in the last 11 meetings overall. The Raptors have yet to find their groove this season, but this is the type of game that they should win regardless, especially at home.