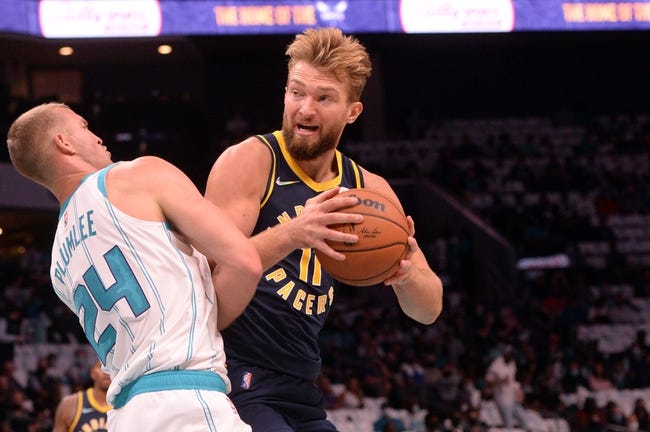 The Indiana Pacers play host to the Milwaukee Bucks at Gainbridge Fieldhouse on Monday night.

The Milwaukee Bucks will be looking to stay hot after taking down the Spurs in a 121-111 road win on Saturday. Khris Middleton led the team with 28 points on nine of 17 shooting, Giannis Antetokounmpo added 21 points with eight rebounds and eight assists while Jrue Holiday and Pat Connaughton each scored 16 points. As a team, the Bucks shot 53 percent from the field and 15 of 35 from the 3-point line as they held the Spurs to just 20 points in the second quarter to take the narrow lead into halftime, before pulling away in the fourth quarter where they poured in 36 points. The Bucks committed a total of 20 turnovers which is too high, but they defended without fouling which resulted in the Spurs making just five free throws as a team for the game.

Meanwhile, the Indiana Pacers have endured a rough start to their season, but they will be feeling much better now after outlasting the Heat in a 102-91 overtime home win on Saturday. Chris Duarte led the team with 19 points on six of 21 shooting, Malcolm Brogdon racked up 18 points with 14 rebounds and four assists, Domantas Sabonis chipped in with 17 points, 12 rebounds, four assists and four steals, while O’Shae Brissett chipped in with 18 points and nine rebounds off the bench. As a team, the Pacers shot just 39 percent from the field and 10 of 39 from the 3-point line as they really struggled on offense at times during the game, especially in the third quarter where they scored just eight points., but their defense was on point when it mattered most as they held the Heat to just five points in overtime.

The Pacers were able to finally earn their first victory of their season in a dramatic overtime win over the Heat and it was nice to see other players step up other than Sabonis as Duarte led the team in scoring on Saturday. The Bucks shook off a bad loss to the Heat with a solid road win at San Antonio, but they’re still committing too many turnovers which could cost them against a team like the Pacers. This should be a close one, but with the line so short, I have to lean towards the Bucks to escape with the narrow win in this one.