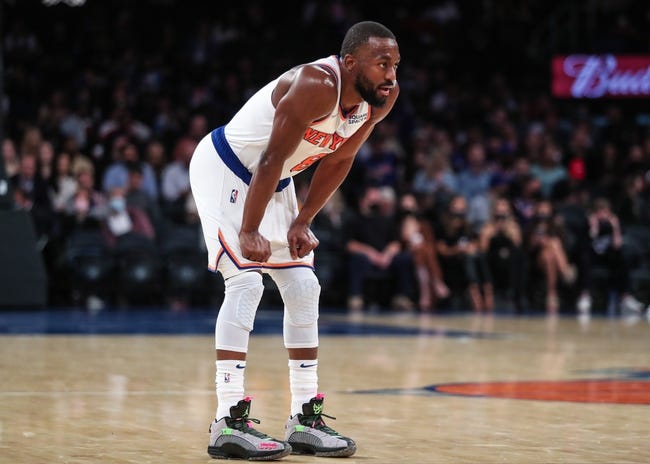 The Orlando Magic and the New York Knicks collide at Madison Square Garden on Sunday night.

The Orlando Magic will be looking for revenge in this one after getting routed by the Knicks in a 121-96 home loss on Friday. Franz Wagner led the team in scoring with 16 points, Mo Bamba added 15 points with 10 rebounds and two blocks while Jalen Suggs chipped in with 14 points, seven rebounds and eight assists. As a team, the Magic shot just 39 percent from the field and 17 of 43 from the 3-point line, but this game was over before it really began as the Magic got off to a poor start and quickly found themselves trailing by 30 points at halftime.

Meanwhile, the New York Knicks will be gunning for a third straight victory after blowing past the Magic on Friday. Julius Randle led the team with 21 points, 10 rebounds and seven assists, Evan Fournier added 18 points while Immanuel Quickley chipped in with 16 points off the bench. As a team, the Knicks shot 50 percent from the field and 44 percent from the 3-point line as they took control right from the tipoff and stormed their way to a 30-point at the half, before resting just about everyone as no starter played more than Randle’s 30 minutes.

It’s hard to make much of an argument for the Magic as we’ve yet to see any efficiency from their starting backcourt duo. On the other hand, the Knicks look to have hit the ground running this season and as I mentioned before, they’re a solid 23-6 ATS in their last 29 games against a team with a losing record. Maybe this one is a little more competitive, but I still have the Knicks pulling away for another big win at home.