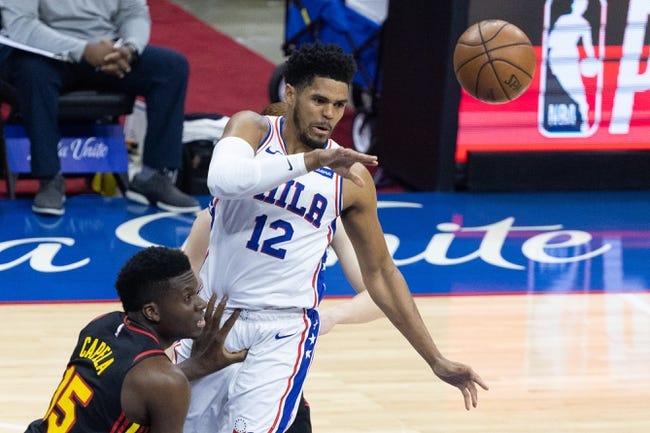 The Philadelphia 76ers play host to the Brooklyn Nets at the Wells Fargo Center on Friday night.

The Brooklyn Nets will be hoping for a better showing this time out after getting routed by the Bucks in a 127-104 road loss on Tuesday. Kevin Durant led the team with 32 points, 11 rebounds and four assists on 13 of 25 shooting, James Harden added 20 points with eight rebounds and eight assists while Patty Mills provided the spark off the bench with 21 points on seven of seven shooting from the 3-point. As a team, the Nets shot 44 percent from the field and 17 of 32 from the 3-point line, but they were always playing from behind after allowing the Bucks off to a quick start and there just wasn’t enough offense to rally back with Kyrie Irving missing from the lineup.

Meanwhile, the Philadelphia 76ers will be looking to stay hot after making light work of the Pelicans in a 117-97 road win on Wednesday. Joel Embiid led the team with 22 points, six rebounds and five assists in just 26 minutes of action, Furkan Korkmaz provided the spark off the bench with 22 points and five assists in just 20 minutes of action while Tobias Harris and Tyrese Maxey each scored 20 points. As a team, the 76ers shot a healthy 51 percent from the field and 13 of 25 from the 3-point line as they dominated the second half by 64-44 to pull away and win easily after the scored were tied at halftime.

The Nets will be so disappointed in their loss to the Bucks on Tuesday as they were always fighting an uphill battle after allowing the Bucks off to a quick start. Kevin Durant and Patty Mills were the only two players who looked in fine form while just about everyone else struggled, which is a concern with Kyrie Irving still without a timetable for return. The 76ers have had their own dramas to deal with, but they will be growing in confidence after cruising past the Pelicans while playing Embiid only 26 minutes. Embiid is currently listed as questionable with knee soreness, but assuming that he does play, I'd take the 76ers to get the job done at home.