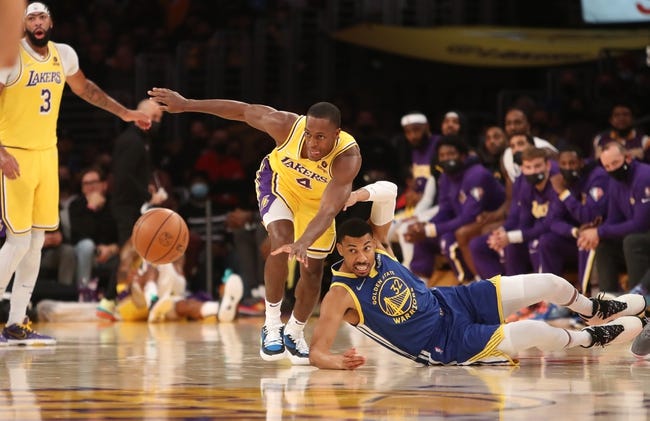 The Golden State Warriors say goodbye to Kent Bazemore, Kelly Oubre Jr. and Eric Paschall. The Warriors add veterans in Otto Porter Jr., Nemanja Bjelica and Andre Iguodala, while drafting Jonathan Kuminga and Moses Moody in the top-14 of the NBA Draft. The real reason to be excited about the Warriors is the eventual return of the trio Stephen Curry, Draymond Green and Klay Thompson. It seems like Thompson is close to returning but may miss a month or two of the regular season. However, when this Warriors team is whole, they’re in the running with the short list of teams that can push for an NBA title. After two down years, it kind of feels like the Warriors are back.

The biggest addition for the Lakers was Russell Westbrook, but Rajon Rondo and Dwight Howard return after a brief absence, and Carmelo Anthony looks to finally get a ring. Kendrick Nunn and Malik Monk add a splash of youth to the Lakers roster, while Wayne Ellington, DeAndre Jordan and Trevor Ariza hope to strengthen the bench. The Lakers roster is on the old side, but with age comes experience, and there’s a lot of championships and past all-star appearances with this group. Of course, you can’t forget about LeBron James and Anthony Davis, the cornerstones of this Lakers team and what puts them over the top in terms of championship odds. The Lakers are title or bust once again, and it’s going to be interesting to see how quickly this new-look squad can come together.

There's some reason for concern, as the Lakers did not look good in the preseason, and the constant turnovers makes you wonder how long it's going to take for things to get going. With that said, the Warriors are still not at full strength and Curry will have to do a lot of heavy lifting early. The Lakers have won six of the last seven meetings against the Warriors. This line feels a little soft. I lean Lakers in this NBA season opener.