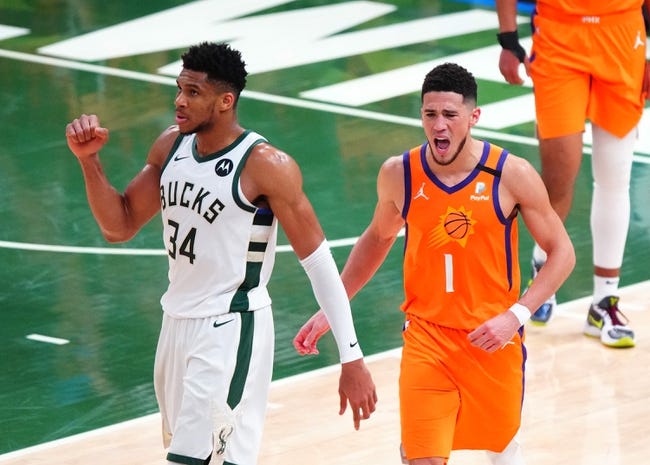 The Milwaukee Bucks and Phoenix Suns face off on Saturday in Game 5 of the NBA Finals, and there is plenty of value across the board in terms of NBA player props. Let’s take a look at the best NBA player props to make your Saturday a profitable one.

Giannis Antetokounmpo under 0.5 three-pointers made (+110)

Giannis Antetokounmpo isn’t a great three-point shooter and in the last couple of games, he finally has stopped shooting as much. In each of the last two games, Antetokounmpo has gone 0-2 from deep, and I expect him to be shut out again in this game. Look for Antetkounmpo to fail to make a three-pointer in this game.

This is another Giannis Antetokounmpo bet that I can’t ignore based on value. In the last game, Antetokounmp finished with 14 rebounds, but in the previous two games, he finished with 13 rebounds or under. As long as this bet stays around +100 or even at =105, the under has the value.

The home team has won each of the first four games of the NBA Finals, and it’s not going to change in this game. The Suns are going to get out to a fast start and the crowd will also play a big factor. Overall I expect the pace of this game is going to slow down, and that will help the under will cash. In the last game it stayed way under. Parlay the under and the Suns on the money line together for a nice payout.