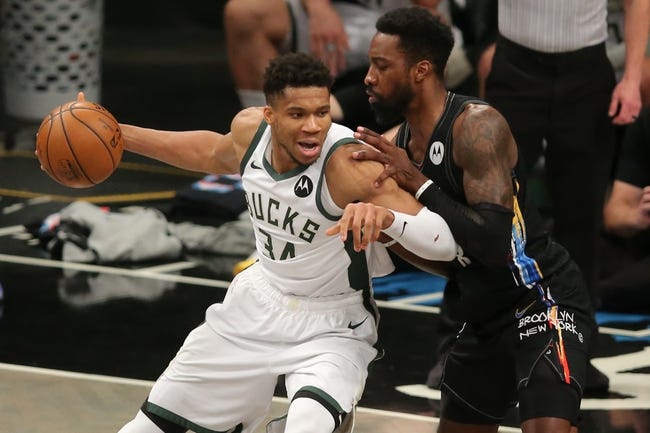 The Brooklyn Nets and Milwaukee Bucks face off on Saturday in their NBA playoff game at the Barclays Center. In this game, there are a couple of nice spots to attack in terms of NBA player props.

James Harden clearly isn’t 100 percent, and it has really hurt his scoring. In Harden’s first game back from injury he finished with five points, and in the last game, he finished with 16 points. Harden is going to finish around that 15 point mark again, and the under for this prop bet will cash.

This is more of a flyer, but James Harden finishing under 11.5 points at +520 is worth throwing a few dollars on.

Jrue Holiday was an impact performer in the last game putting up 21 points, and he is going to have another big game in this one. The Nets defense was not strong in the last game, and they are going to struggle with the defense again in this one. Back HOliday to finish closer to that 22 or 23 point mark, which means the over is the play.

PJ Tucker has been up and down this series but over the last two games, he has scored only three points total. Tucker isn’t going to hit more than one three-pointer in this game, and that is where most of his scoring comes from. Back Tucker to finish under 4.5 points.

Jeff Green is coming off a game where he only scored five points, and his points are going to be hard to come by again in this game. Jeff Green is going to finish under 7.5 points and the +580 is going to cash and make your day a winning one.