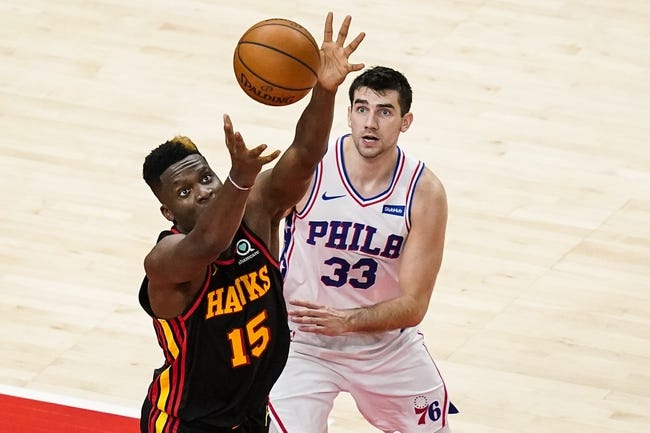 The Philadelphia 76ers and the Atlanta Hawks meet in game four of their best-of-seven Eastern Conference semi-final series in NBA action from State Farm Arena on Monday night.

The Atlanta Hawks will look to even up the series and make this a best-of-three after their loss in game three to the Sixers last time up. Trae Young led the way with 28 points on 9 of 17 shooting with 3 threes and a team-high 8 assists while John Collins had 23 points with 7 rebounds while shooting 10 of 14 from the floor. Bogdan Bogdanovic added 19 points on 7 of 13 shooting with a pair of threes and Danilo Gallinari had 17 points to make up the group of double-digit scorers for the Hawks in the win. Clint Capela also added 8 points and a team-high 16 rebounds in the losing effort for Atlanta. Young leads the Hawks in scoring and assists in the playoffs with 28.8 PPG and 9.8 APG while Bogdanovic has 15.8 PPG with 6 RPG and Collins has 14.4 PPG and 6.4 RPG. Gallinari and Kevin Huerter each have double-digit scoring averages this postseason while Clint Capela is averaging 9.9 PPg and a team-high 12.6 RPG as well this postseason. As a team, Atlanta is averaging 111.4 PPG on 46.2% shooting from the field, 35.3% from three and 86.4% from the foul line while allowing 110.8 PPG on 49.1% shooting from the field and 39.3% from three in their last five games.

This has been a tough series to call and it’s started to look like the Hawks’ youth and inexperience is showing as they’ve dropped back to back games. However, I’m still going to side with the Hawks here as this is pretty much do or die for Atlanta as you don’t want to go back to Philly down 3-1 with the Sixers at home where they’ve been so good this season. If the Hawks don’t take this one, they’re going home in five and that’s the reality of the situation. Give me Atlanta and the free bucket here.