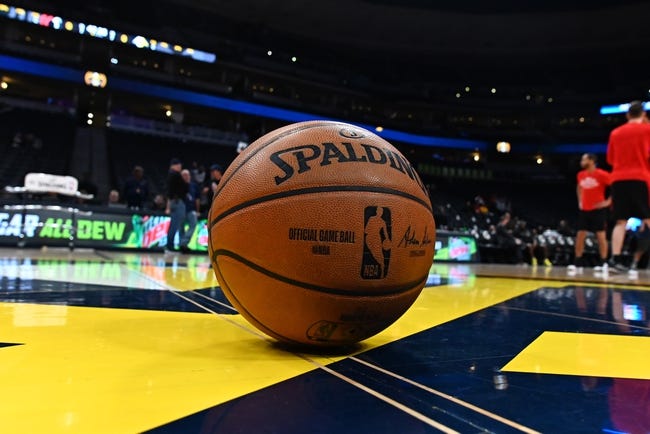 The Denver Nuggets and the Portland Trail Blazers meet in game six of their best of seven Western Conference First Round series in NBA action from the Moda Center on Thursday night.

The Denver Nuggets will look to close out the series after going up 3-2 in the set following a 147-140 double overtime win in game five at home. Nikola Jokic led the Nuggets in scoring with 38 points, falling one assist shy of a triple-double with 11 rebounds and 9 assists while Michael Porter Jr. had 26 points on 10 of 13 shooting with 3 threes and a team-high 12 rebounds for the double-double and Aaron Gordon added a double-double as well with 14 points and 10 points. Monte Morris had arguably his biggest game of his career, putting up 28 points in 41 minutes on the floor. Jokic leads the Nuggets in scoring and rebounding in the postseason with 32.4 PPG and 11 RPG with 4.2 APG while Michael Porter Jr. has 17.4 PPG and Monte Morris has 14 PPG and 5.2 APG. As a team, Denver is averaging 119.8 PPG on 46.4% shooting from the field and 40% from 3-point range while shooting 79.8% from the foul line. On the defensive end, the Nuggets are allowing 120.4 PPG on 47% shooting from the field and 41.2% from downtown this postseason.

The Portland Trail Blazers on the other hand will be looking to force a game seven after a heartbreaking loss in game five in double OT. Damian Lillard was absolutely unconscious in the game, putting up 55 points on an efficient 17 of 24 shooting with an NBA playoff record 12 threes and 10 assists for the double-double while Robert Covington and Jusuf Nurkic each had a double-double with 11 rebounds with Covington adding 19 points and Nurkic putting in 13 points. C.J. McCollum had 18 points with 7 boards and 7 assists and Norman Powell had 13 points as well. Lillard leads the Blazers in scoring and assists with 35.4 PPG and 9.6 APG this postseason while C.J. McCollum is 2nd in scoring with 20.6 PPG and Jusuf Nurkic is averaging a double-double per game with a team-high 11 rebounds per game in addition to 13.2 PPg. Norman Powell’s also averaging 17 PPG for Portland this season. As a team, Portland is averaging 120.4 PPG on 47% shooting from the field, 41.2% from 3-point range and 84.2% from the foul line while allowing 119.8 PPG on 46.4% shooting from the field and 40% from 3-point range in the playoffs.

I don’t expect either team to give anything easy up here with Portland’s season hanging in the balance and a spot in the next round in Denver’s sights. With that said, Damian Lillard was insane in game five, and that was with the series tied, imagine the focus he and the Blazers will have with their season on the line. If the Blazers didn’t have two miscues late that turned the ball over, this could be a 3-2 lead for Portland looking to close out the series at home. Either way, I think Portland wins this one and gets us a cover with free throws late.