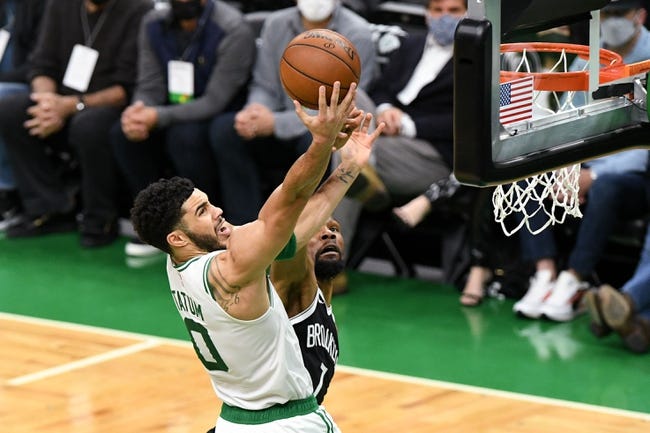 The Boston Celtics and Brooklyn Nets face off on Tuesday in Game 5 of their Eastern Conference NBA playoff showdown at the Barclays Center. The Brooklyn Nets lead this series 3-1 and can close out the series with a victory in this game.

The Celtics were able to win Game 3 of h this series, but that was the only game that they were able to find success in, and they are banged up heading into this game. Jaylen Brown is still sidelined after having surgery on his wrist. Robert Williams IIIa and Kemba Walker are both dealing with injuries and it’s not expected that either player is going to be able to go in this game. In the last game, the Celtics offense scored 126 points, but their defense gave up 141 points and the game was never really all that close. Jayson Tatum is having a big year and a big series for the Celtics, but the rest of the team needs to be better going forward.

On the other side of this matchup is the Brooklyn Nets whose offense is rolling coming into this game, including the last game where they scored 141 points. Kevin Durant was the best player in the last game scoring 42 points, five rebounds, and two assists. In this game for the Nets, it’s going to be about the offense running up the score again because they have proven so far this season they can win shootouts.

The Celtics have had issues with their defense and that will be the difference again in this game. Look for the Nets to run up the score and that will lead to Brooklyn coming away with a win and a cover of the spread. Even though the trends might suggest something else, the over is the play with the way the Nets have been able to push the pace. I like both of these plays.