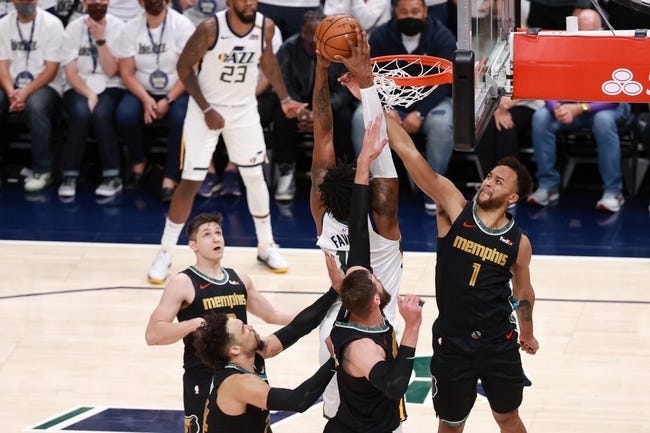 The Memphis Grizzlies and Utah Jazz meet Wednesday in game two of the NBA West Playoffs at the Vivint Smart Home Arena.

The Utah Jazz have to like the fact they didn't shoot the ball particularly well in game one and only lost by three points. The return of Donovan Mitchell will also help the Jazz in a major way. The Jazz should be favored and should win this game. However, the Memphis Grizzlies are a young, confident team at the moment and they've been getting after it defensively. Dillon Brooks is turning into a potential all-star overnight and Jonas Valanciunas is giving Rudy Gobert all he can handle in the post. The Grizzlies don't look like your typical eight seed that's just going to roll over. Give me the points.