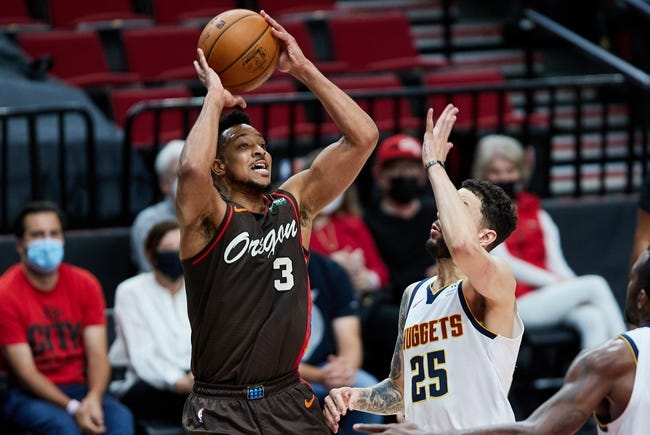 The Portland Trail Blazers and Denver Nuggets meet Saturday in game one of the NBA West Playoffs at the Ball Arena.

The Portland Trail Blazers are getting hot at the right time, which includes winning their last five games by an average of 11 points. However, the Trail Blazers have underachieved a lot and they have a history of laying eggs in big moments. I root for Lillard and CJ personally, but the Trail Blazers can be tough to trust at times. The Denver Nuggets win at home by an average of 6.5 points and in the favorite role by an average of 6.9 points. The Nuggets also have the ultimate mismatch in this series with Nikola Jokic, who should feast in these games. Should be a competitive series, but with this cheap line, I have to lean Nuggets at home.