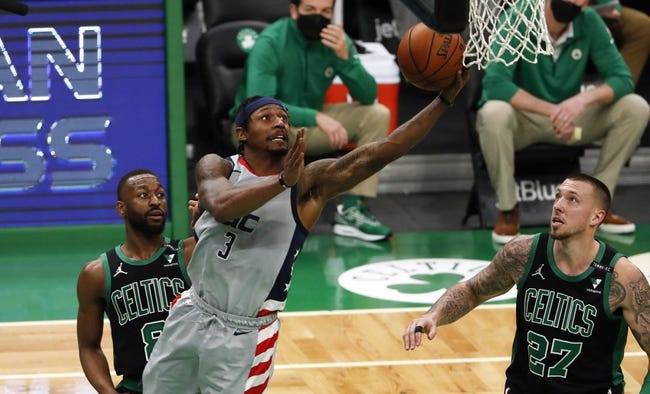 The Washington Wizards and Boston Celtics meet Tuesday in the NBA East Playoff play-in game at the TD Garden.

The Washington Wizards were one of the hotter teams in the league over the last month and they're winning their last five games by an average of 3.2 points. The Boston Celtics blew their chance to avoid the play-in game with losses in five of their last six games and they're without Jaylen Brown. It feels like the Wizards enter this contest in better form and have a better chance of winning. In a do or die game, you want Russell Westbrook and Bradley Beal on your side. Give me the free bucket with the Wizards, a game they should win outright.