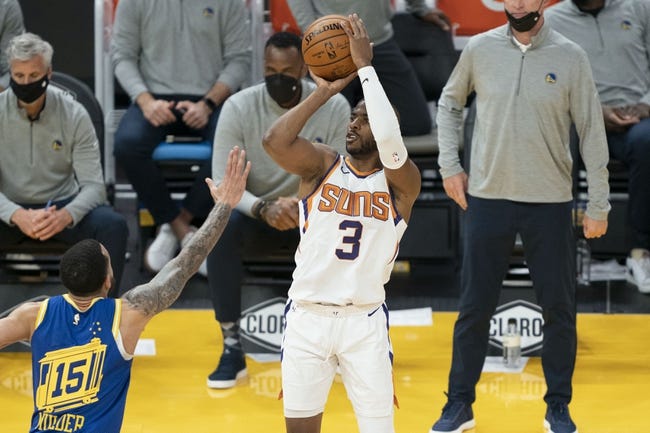 NBA Games on Thursday, May 13th

It’s a nice slate of games across the NBA on Thursday with nine games taking place across the league. Let’s take a look at some of the best NBA player props to make you money.

There are going to be plenty of points scored in this Bucks and Pacers game, but this is too many points. Each of the last four games for Antetokounmpo have gone under the number, including the last game against the Orlando Magic where they scored 27 points. I expect Antetokounmpo will get close to this number, but he is still going to finish under this number. Look for Giannis to finish under 29.5 points.

The Timberwolves' defense isn’t good, and that is going to lead to plenty of scoring by the entire Denver Nuggets score. Aaron Gordon scored 17 points in his last game against the Hornets and there is no reason he won’t be able to reach that number again in this game. Look for Gordon to go well over this number, and I would bet it all the way up to 16 for increased odds and even better payout.

In each of the last three games, Chris Paul has had a double-double and in five of the last six games that has also been the case. Chris Paul has finished with 10 assists in each of his last two games and he should at least have ten assists in this game. Paul will get the points, so the assists are really the only question.