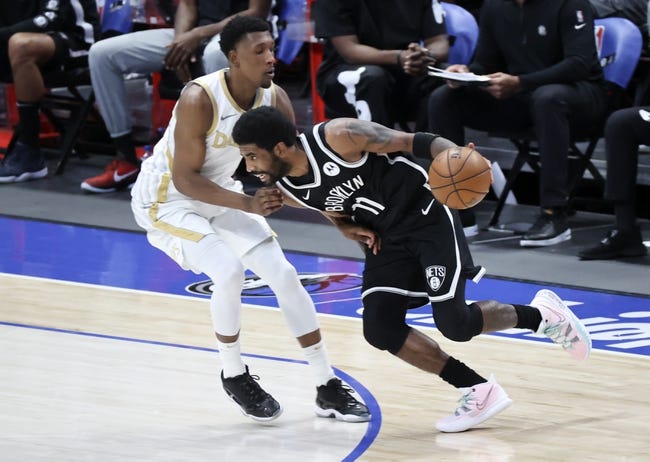 NBA Games on Wednesday, May 12th

It’s a small slate of games across the NBA on Wednesday night with only six games taking place, but there is still plenty of value across the board. Let’s look at a breakdown and a free pick for each of the six games.

The Washington Wizards and Atlanta Hawks face off again on Wednesday after facing off on Monday night. In that last game it was the Hawks that were able to come away with the 125-124 victory. Trae Young had a big game for the hawks finishing with 36 points, nine assists, and six rebounds. For the Wizards it was the Russell Westbrook show again as he finished with 28 points, 21 assists, and 13 rebounds. In this game look for a high scoring game that goes well over the posted total. Back the over.

The San Antonio Spurs have been inconsistent this season but in their last game against the Milwaukee Bucks they had quite the win. The Spurs offense was elite scoring 147 points and that led to a 21 point victory. The Nets will be playing their second game in as many nights after facing the Chicago Bulls on Tuesday. The Nets defense hasn’t been great this season and there is going to be plenty of scoring by both teams in this game. Look for this game to go well over the posted total.

Finishing the regular season strong is something that is important but it doesn’t look like might happen as they have lost seven of their last ten games. The Celtics will also be playing their second game in as many nights after facing the Heat on Tuesday. The Celtics are also still trying to adjust to life without Jaylen Brown.The Cavaliers are having another terrible year, but in the last game their defense at least stepped up a little against the Pacers giving up only 111 points. The Cavs might not win this game but their defense will be strong enough to keep it close and cover the spread.

The New Orleans Pelicans are without Zion Williamson and although they have been competitive, they have had issues closing out games. In the last game against the Grizzlies, the Pelicans were defeated 115-110. The Pelicans offense has still been good, but not as good The Mavericks are on the second night of a back to back and they will want the pace to be a little slower. Look for the under to cash in this game.