The Brooklyn Nets play host to the Phoenix Suns at the Barclays Center on Sunday afternoon.

The Phoenix Suns have been in terrific shape as they’ve won 13 of their past 16 games but they will be hoping to bounce back in this one after getting routed by the Celtics in a 99-86 road loss on Thursday. Chris Paul led the team with 22 points, eight rebounds and eight assists, Mikal Bridges and Devin Booker each scored 15 points while DeAndre Ayton chipped in with 10 points. As a team, the Suns shot just 40 percent from the field and a miserly six of 35 from the 3-point line as they struggled right from the tipoff and fell behind by as many as 21 points after scoring just 16 points in the second quarter. The second half was a little better, but the damage was too much to overcome for the Suns who were playing their third game in four nights.

Meanwhile, the Brooklyn Nets have been in decent shape as they’ve split their last eight games and they will be hoping to stay hot after outlasting the Celtics in a 109-104 home win on Friday. Joe Harris led the team with 20 points, Jeff Green added 19 points while Kyrie Irving racked up 15 points with nine rebounds, 11 assists and four steals. As a team, the Nets shot 43 percent from the field and 11 of 32 from the 3-point line as they exploded for 39 points in the second quarter to take a nine-point lead into halftime, before using another run in the third quarter to push the margin out to 17 points.

Head to head, the under is 7-1 in the last eight meetings in Brooklyn and the Suns are 3-8 ATS in the last 11 meetings overall.

The Suns were on a great run before running out of steam against the Celtics on Thursday, while the Nets haven’t been playing quiet as well, but are interestingly coming fresh off a win over the Celtics. The Nets will also receive a major boost as Kevin Durant is expected to be available for this one, so I’m expecting a blockbuster if both teams come ready to compete. You can make your argument for either side here, but I think the Suns will be disappointed with their performance on Thursday and I think they bounce back with a nice win here after a couple of days rest. 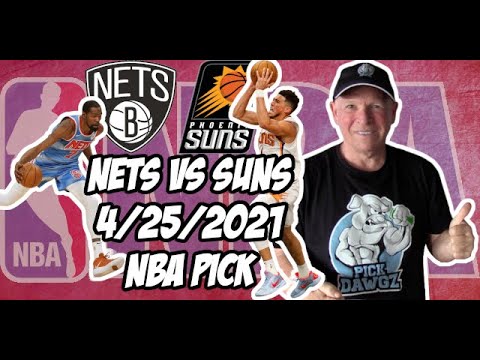