The Memphis Grizzlies do battle once again with the Portland Trailblazers at the Moda Center on Sunday afternoon.

The Memphis Grizzlies have been in decent shape as they’ve won four of their past seven games and they will be looking to stay hot after outlasting the Trailblazers in a 130-128 road win on Friday. Ja Morant led the way with 33 points and 13 assists on 11 of 17 shooting, Dillon Brooks added 25 points while Jaren Jackson Jr. chipped in with 23 points on 10 of 14 shooting off the bench. As a team, the Grizzlies shot 53 percent from the field and nine of 30 from the 3-point line as they trailed late in the fourth quarter before going on a pivotal 9-3 run to escape with the narrow win.

Meanwhile, the Portland Trailblazers have been in terrible form as they’ve lost six of their past seven games and they will be hoping to put an end to a four-game slide after falling short to the Grizzlies on Friday. Damian Lillard led the team with 27 points and five assists, Jusuf Nurkic added 26 points with 17 rebounds and five assists while CJ McCollum chipped in with 22 points, nine rebounds and seven assists. As a team, the Trailblazers shot 47 percent from the field and 14 of 35 from the 3-point line as they looked to be in control of the game after exploding for 43 points in the third quarter, but unlike earlier in the season, they just couldn’t make baskets when it really counted as the Grizzlies ran them down.

It’s always tough to beat the same team twice in a row in their own building and the Trailblazers are a proud team with one of the best backcourts in the league and they are expecting Derrick Jones Jr. to return after missing time with a hip injury. The Grizzlies are clearly the team in better form at the moment and it was great to see Jackson Jr. playing so well off the bench on Friday. I’m expecting another close contest, but I think the Trailblazers get the revenge in this spot. 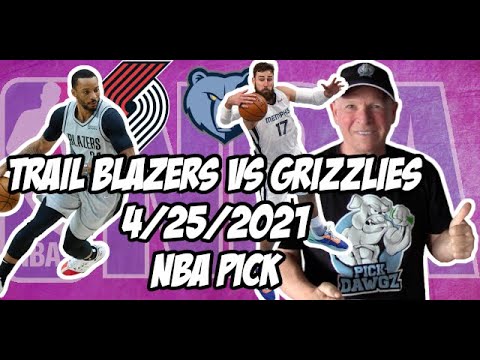