The Cleveland Cavaliers invade the Capital One Arena to take on the Washington Wizards on Sunday night.

The Cleveland Cavaliers have been in a funk lately as they’ve won six of their past eight games and they will be hoping to bounce back after falling just short to the Hornets in a 108-102 road loss on Friday. Collin Sexton led the team with 28 points on 11 of 19 shooting, Darius Garland added 27 points with six assists while Jarrett Allen chipped in with 15 points and nine rebounds. As a team, the Cavaliers shot 51 percent from the field and 10 of 30 from the 3-point line as they poured in 35 points in the second quarter to lead by as many as 10 points, before getting chased down in the second half where they were outscored by 60-47.

Meanwhile, the Washington Wizards have been in red-hot form as they’ve won nine of their past 10 games and they will be looking to build on a season-high seven-game win streak after blowing past the Thunder in a 129-109 road win on Friday. Russell Westbrook led the way with a triple-double of 37 points with 11 rebounds and 11 assists on 14 of 23 shooting, Bradley Beal added 33 points on 12 of 24 shooting while Raul Neto chipped in with 15 points and five assists. As a team, the Wizards shot 51 percent from the field and 18 of 32 from the 3-point line as they poured in 70 points in the first half, before holding the Thunder to just 41 points in the second half to make it look easy in the end.

The Cavaliers haven’t been able to build much momentum lately and their confidence took another hit after falling to the shorthanded Hornets on Friday despite big games from Sexton and Garland. The Wizards are playing some of their best basketball of the season and it’s hard to see their win streak getting threatened by the slumping Cavaliers in this spot. Sexton has been ruled out of this one due to concussion protocols so I'm looking at the Wizards to win this one comfortably. 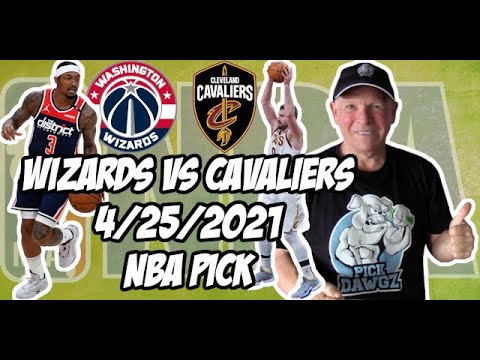