The Boston Celtics travel to the Spectrum Center to battle the Charlotte Hornets on Sunday afternoon.

The Boston Celtics have been in great shape as they’ve won nine of their past 12 games, but they will be hoping to bounce back after falling short against the Nets in a 109-104 road loss on Friday. Jayson Tatum came to play as he led the team with 38 points with 10 rebounds and four assists, Payton Pritchard added 22 points off the bench while Marcus Smart chipped in with 19 points. As a team, the Celtics shot just 40 percent from the field and 17 of 42 from the 3-point line as they took the early lead, before allowing the Nets to explode for 39 points in the second quarter which had them trailing from that point onwards as they fell behind by as many as 17 points.

Meanwhile, the Charlotte Hornets have been in a bit of a slump as they’ve lost six of their past eight games, but they are coming into this one with a bit of momentum after taking down the Cavaliers in a 108-102 home win on Friday. It was a real balanced scoring effort as PJ Washington, Miles Bridges and Terry Rozier each scored 25 points while Devonte Graham chipped in with eight points and 10 assists. As a team, the Hornets shot just 42 percent from the field and 14 of 40 from the 3-point line as they struggled early and fell behind by 10 points in the second quarter, before pouring in 60 points in the second half to come away with the much-needed win.

The Celtics will again be without Robert Williams but they should get Kemba Walker back in the lineup after he was rested on Friday. The Hornets were really struggling with injuries before their comeback win over the Cavaliers in their last outing, but they’ve still only won two of their last seven games. The line seems a little hefty for the Celtics on the road, but they shouldn’t have too much problem getting the win by double-digits in this spot. 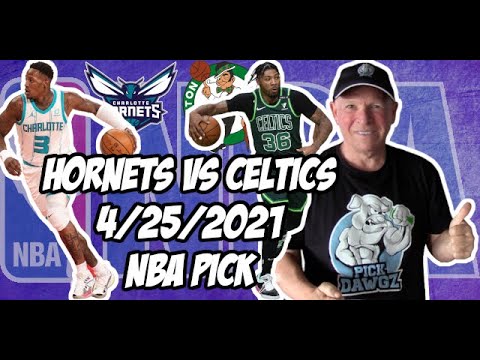