The Toronto Raptors haven’t been anywhere near their best all season, but they’ve been improving lately as they’re currently riding a four-game win streak after taking down the shorthanded Nets in a 114-103 home win on Wednesday. Pascal Siakam led the team with 27 points, nine rebounds and six assists, OG Anunoby added 25 points. Fred VanVleet scored 17 points while Kyle Lowry chipped in with 14 points and five assists. As a team, the Raptors shot just 43 percent from the field and 18 of 47 from the 3-point line, but this win was about their hustle on the defensive end as they struggled early and fell behind by as many as 13 points, before taking over in the second and third quarters where they outscored the Nets by a combined 69-45.

Meanwhile, the New York Knicks have been on a tear lately as they will be looking to build on their current eight-game win streak after outlasting the Hawks in a 137-127 overtime home win on Wednesday. Julius Randle led the team with 40 points with 11 rebounds and six assists, Derrick Rose and Immanuel Quickley scored 20 points while Reggie Bullock drained six 3-pointers to finish with 18 points. As a team, the Knicks shot 53 percent from the field and 19 of 35 from the 3-point line as they rallied back from a rallied back from an 11-point deficit to force overtime where they opened with a 10-0 run to finish in a romp.

The Raptors have come to life over their past four games and they look so much better with Lowry and VanVleet back in the lineup together. However, the Knicks have been the talk of the league and they would’ve taken so much confidence from their overtime win over the Hawks on Wednesday. I wouldn’t be shocked if the Raptors pulled off the upset as they’re a team on the rise, but I’m sticking with the red-hot Knicks to get another win and cover in this one. 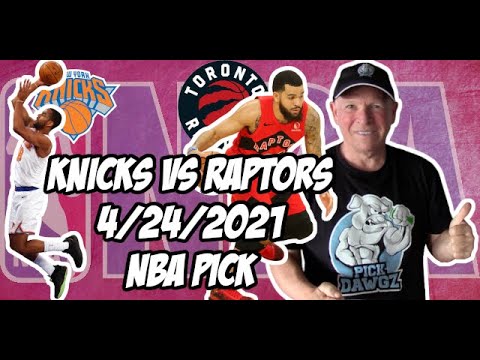