The Philadelphia 76ers and the Milwaukee Bucks do battle once again at the Fiserv Forum on Saturday afternoon.

The Philadelphia 76ers have been in decent shape as they’ve won seven of their past 12 games, but they will be hoping to put an end to a three-game skid after getting stopped by the Bucks in a 124-117 road loss on Thursday. Joel Embiid led the team with 24 points on nine of 21 shooting, Shake Milton added 20 points with four assists off the bench while Tobias Harris chipped in with 18 points and six assists. As a team, the 76ers shot 50 percent from the field and 12 of 27 from the 3-point line, but they couldn’t match the Bucks early on and quickly found themselves trailing by double-digits after allowing the Bucks to explode for 40 points in the first quarter. The 76ers trailed this one by as many as 21 points and didn’t stop the bleeding until late in the fourth quarter.

Meanwhile, the Milwaukee Bucks have been on a nice run as they’ve won four of their past six games and they will be looking to build some momentum after Thursday’s dominant win over the 76ers. Giannis Antetokounmpo led the team with 27 points, 16 rebounds and six assists, Khris Middleton added 24 points with five assists, Bobby Portis scored 23 points off the bench while Brook Lopez chipped in with 16 points. As a team, the Bucks shot a sizzling 55 percent from the field and 20 of 40 from the 3-point line as they cruised in the second half after doing most of their damage in the first quarter where they exploded for 40 points.

Head to head, the over is 7-3 in the last 10 meetings overall and the 76ers are 1-6 ATS in the last seven meetings in Milwaukee.

The 76ers will be shorthanded for this one as Joel Embiid and Furkan Korkmaz are both listed as questionable, while Ben Simmons has already been ruled out with an illness. The Bucks have already beaten the 76ers twice this season by single digits and I’m expecting more of the same as the 76ers won’t have the firepower to match the Bucks in this spot. 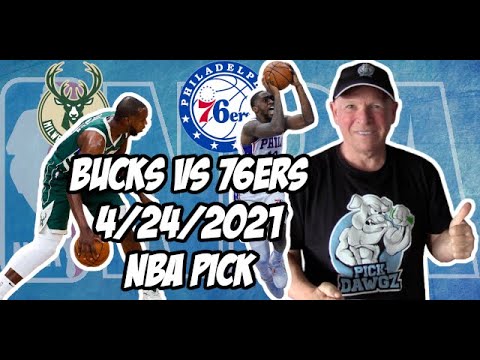