The Houston Rockets and Denver Nuggets meet Saturday in NBA action at the Ball Arena.

The Houston Rockets continue to pile up the losses and failed covers, as they've lost eight of their last nine games and are 19-40 against the spread on the season. The Rockets are losing their last five games by an average of 15.6 points. The Denver Nuggets are on the end of a back to back and this is a massive number to lay in such a spot, but backing the Rockets obviously isn't an option. It's the Nuggets and the chalk or pass for me. 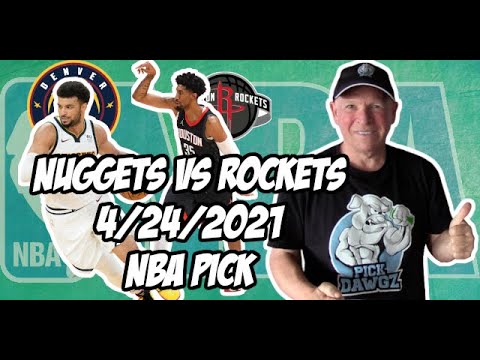