The Detroit Pistons and the Indiana Pacers duke it out at Bankers Life Fieldhouse on Saturday night.

The Detroit Pistons have been in a bit of a rut as they’ve lost six of their past eight games and they will be hoping to avoid a third straight loss after getting routed by the Spurs in a 106-91 road loss on Thursday. Josh Jackson led the team with 29 points on 11 of 20 shooting, Frank Jackson added 14 points off the bench while Killian Hayes chipped in with 12 points and five assists. As a team, the Pistons shot 45 percent from the field and eight of 22 from the 3-point line as they scored just 22 points in the second quarter to fall behind by 10 points at halftime, before falling away in the second half as no one could find their offense other than Jackson.

Meanwhile, the Indiana Pacers have been in a funk of their own as they’ve lost four of their past six games, but they will be hoping to build some momentum after sneaking past the Thunder in a 122-116 home win on Wednesday. Malcolm Brogdon led the team with 29 points with 15 rebounds and seven assists, Caris LeVert added 28 points with six assists and four steals while Oshae Brissett chipped in with 23 points, 12 rebounds and three blocks. As a team, the Pacers shot 45 percent from the field and 14 of 40 from the 3-point line as they got off to a strong start with 67 points in the first half, before hanging on for the narrow win after the Thunder drew to within two points with 24.5 seconds remaining.

The Pistons have been struggling lately and they must be low on confidence after getting routed by the Spurs on Thursday, while the Pacers haven’t been much better as they’ve lost four of their last six games and were far from convincing in their narrow win over the slumping Thunder. You couldn’t put your hard-earned money on either team with much confidence, but there’s just more to like about the Pacers who are looking better with Brogdon and LeVert heating up. 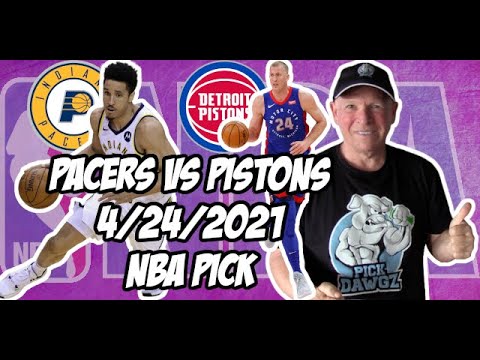