The Miami Heat play host to the Chicago Bulls at the American Airlines Arena on Saturday night.

The Chicago Bulls have been in decent shape lately as they’ve won three of their past four games and they will be looking to stay hot after blowing past the Hornets in a 108-91 home win on Thursday. Nikola Vucevic led the team with18 points, 16 rebounds and six assists on eight of 13 shooting, Coby White added 18 points on seven of 10 shooting while Thaddeus Young chipped in with 18 points on eight of 10 shooting off the bench. As a team, the Bulls shot 49 percent from the field and 14 of 43 from the 3-point line as they took a 14-point lead into halftime after scoring 34 points in the first quarter, before pushing the margin out to 27 points in the third quarter where they scored another 30 points.

Meanwhile, the Miami Heat have been in great shape as they’ve won nine of their past 14 games, but they will be hoping to bounce back after having their three-game win streak halted by the shorthanded Hawks in a 118-103 road loss last night. Kendrick Nunn led the team with 21 points on seven of 13 shooting, Jimmy Butler added 19 points with seven assists while Bam Adebayo chipped in with 16 points and five assists. As a team, the Heat shot 48 percent from the field and 13 of 37 from the 3-point line as they did just enough to hang with the Hawks in the first half, before getting completely blown out in the fourth quarter where they scored just 14 points.

Head to head, the under is 15-7 in the last 22 meetings overall and the Bulls are 5-0 ATS in the last five meetings in Miami.

The Bulls have come to life over their past four games or so and they would’ve taken plenty of confidence from their big win over the Hornets on Thursday. The Heat were in great form before last night’s loss to the depleted Hawks who were without Trae Young and Clint Capela. The Heat didn’t come out firing last night and it cost them and I’m not comfortable laying the points with the Heat playing on zero days’ rest. This could be a close one, so I’m taking the Bulls with the points in this one. 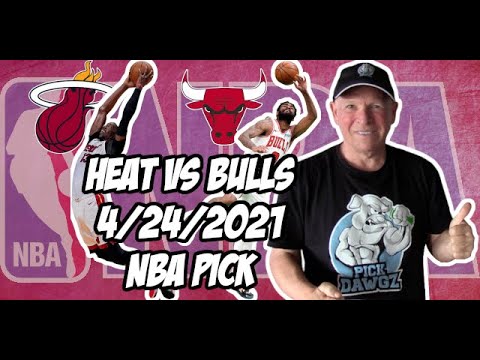