The Miami Heat and the Atlanta Hawks duke it out at the State Farm Arena on Friday night.

The Miami Heat have been in great shape lately as they’ve won 10 of their past 14 games and they will be looking to build on their current three-game win streak after routing the Spurs in a 107-87 road win on Wednesday. Bam Adebayo led the team with 23 points, eight rebounds and five assists, Tyler Herro added 22 points off the bench while Jimmy Butler chipped in with 18 points with seven rebounds and 11 assists. As a team, the Heat shot 47 percent from the field and 13 of 31 from the 3-point line as they fell behind at halftime, before their elite defense shone in the second half where they held the Spurs to just 34 points to win comfortably in the end.

Meanwhile, the Atlanta Hawks have been in red-hot form themselves as they’ve won nine of their past 12 games, but they will be hoping to bounce back after getting stopped by the surging Knicks in a 137-127 overtime road loss on Wednesday. Clint Capela led the team with 25 points with 22 rebounds on 12 of 17 shooting, Trae Young added 20 points with 14 assists, Bogdan Bogdanovic added 20 points while John Collins chipped in with 18 points. As a team, the Hawks shot 48 percent from the field and 12 of 34 from the 3-point line as they as they got off to a quick start with 39 points in the first quarter, before squandering an 11-point lead in the fourth quarter. The Hawks had a second chance to steal the game but ended up scoring just five points in overtime as they couldn’t wrestle the momentum back from the Knicks.

Trae Young will miss at least the next two games with a left ankle sprain while Danilo Gallinari is listed as questionable for this one, so the Hawks will be severely shorthanded here. Tyler Herro is listed as questionable while Andre Iguodala has been ruled out, so the Heat have injury concerns of their own, but they’ve continued to win games despite their lineup changes and I think they should be too good in this spot. 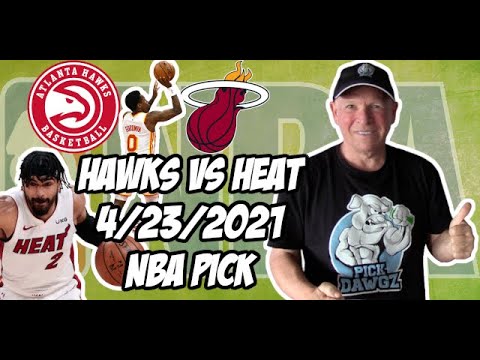