The Denver Nuggets and Golden State Warriors meet Friday in NBA action at the Chase Center.

The Denver Nuggets are the better team here and should be favored, but we're getting free points with a red hot Warriors team at home. The Golden State Warriors are winning their last five games by an average of 11.6 points while shooting 48.3 percent from the field. The Warriors also beat the Nuggets a little over a week ago despite being 14-point underdogs. The Warriors have proven over the last week or so they can compete with some of the leagues best. I'll grab the free bucket. 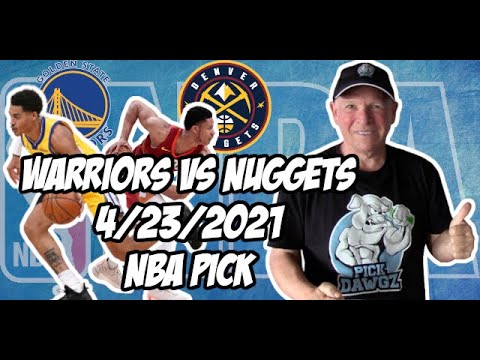