The Brooklyn Nets play host to the Boston Celtics at the Barclays Center on Friday night.

The Boston Celtics have been in great form as they’ve won nine of their past 11 games overall and they will be looking to stay hot after last night’s 99-86 home win over the Suns. Kemba Walker led the team with 32 points on 11 of 17 shooting, Jayson Tatum added 15 points with 11 rebounds and six assists while Marcus Smart chipped in with 11 points, seven rebounds and five assists. As a team, the Celtics shot just 42 percent from the field and 12 of 40 from the 3-point line, but they won this game with their defense as they cruised in the second half after holding the Suns to just 16 points in the second quarter to lead by as many as 21 points.

Meanwhile, the Brooklyn Nets have been in a bit of a rut as they’ve split their last eight games and they will be low on confidence after falling to the slumping Raptors in a 114-103 road loss on Wednesday. Kyrie Irving led the team with 28 points with 11 rebounds and eight assists, Bruce Brown added 21 points with 14 rebounds off the bench while Joe Harris chipped in with 14 points. As a team, the Nets shot just 39 percent from the field and 13 of 41 from the 3-point line as they poured in 36 points in the first quarter to lead by as many as 13 points early, before getting outscored in the second and third quarters by a combined 69-45 against a spirited Raptors team. Jeff Green scored just eight points on two of nine shooting while Timothe Luwawu-Cabarrot scored just six points on two of nine shooting.

The Celtics are coming into this game with plenty of momentum after taking down the red-hot Suns without their second-best player in Jaylen Brown. The Nets have cooled off lately as their injuries have piled up and they could again be without Kevin Durant who is listed as questionable with a bruised left thigh. 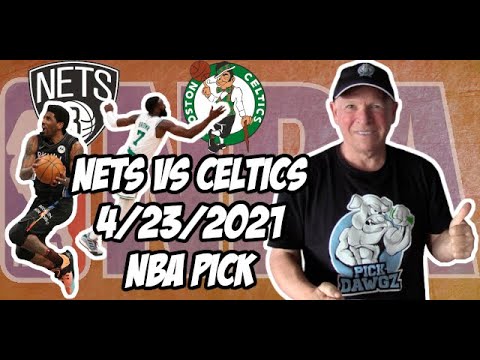