The Phoenix Suns travel to the TD Garden to do battle with the Boston Celtics on Thursday night.

The Phoenix Suns have been in red-hot form as they’ve won 13 of their last 15 games and they will be gunning for a third straight win after outlasting the 76ers in a 116-113 road win last night. Chris Paul led the team with 28 points and eight assists on 10 of 17 shooting, Devin Booker added 19 points with seven assists, Mikal Bridges scored 18 points while Cameron Johnson chipped in with 15 points off the bench. As a team, the Suns shot 47 percent from the field and 15 of 42 from the 3-point line as they endured a big night from the 76ers’ Joel Embiid and poured in 39 points in the fourth quarter to escape with the hard-fought win. Jae Crowder had a night to forget as he scored just three points on one of seven shooting.

Meanwhile, the Boston Celtics have been in fine form as they’ve won eight of their past 10 games, but they will be hoping to bounce back after having their six-game win streak halted by the Bulls in a 102-96 home loss on Monday. Jaylen Brown led the team in scoring with 23 points on 10 of 15 shooting, Payton Pritchard scored 14 points while Jayson Tatum tallied a triple-double of 14 points with 13 rebounds and 10 assists. As a team, the Celtics shot 46 percent from the field and 10 of 25 from the 3-point line as they got off to a nice start and took the lead into halftime, before going ice-cold in the third quarter where they scored just 18 points to fall behind by as many as 12 points. Still, the Celtics had their chances to steal the game after tying the scores late in the fourth quarter before the Bulls closed the final 3:05 with a 12-6 run.

Marcus Smart and Kemba Walker are expected to return for this game which is a major boost for the Celtics, while the Suns will just about be at full strength for this one. The Celtics were on a six-game win streak before getting stopped by the Bulls on Monday, so they will be eager to bounce back into form with a big win here, but the Suns have been on a tear and might be up against a Celtics team missing Jaylen Brown and Jayson Tatum. With that being said, I’m leaning towards the Suns to get the win and cover in this one. 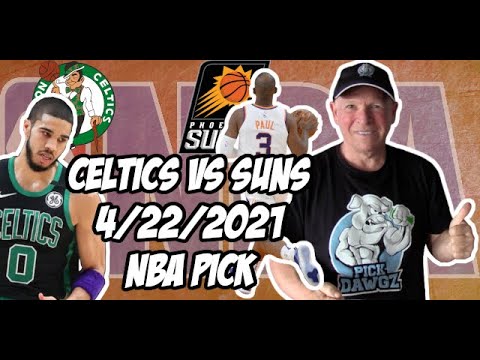