The Milwaukee Bucks play host to the Philadelphia 76ers at the Fiserv Forum on Thursday night.

The Philadelphia 76ers have been in decent form as they’ve won four of their past seven games, but they will be hoping to avoid a third straight win after falling just short to the Suns in a 116-113 home loss last night. Joel Embiid led the team with 38 points with 17 rebounds and four assists, Danny Green added 18 points while Tyrese Maxey chipped in with 15 points off the bench. As a team, the Suns shot 47 percent from the field and 15 of 42 from the 3-point line as they kept pace with the red-hot Suns right till the end where Embiid missed on the final shot that would’ve sent the game into overtime. Shake Milton had a night to forget as he scored just five points on two of 10 shooting in a rare start for Ben Simmons who sat out his second straight game with illness.

Meanwhile, the Milwaukee Bucks have been below their best lately as they’ve lost five of their past eight games and they will be hoping to avoid a third straight loss after falling painfully short to the Suns in a 128-127 overtime home loss on Monday. Giannis Antetokounmpo led the team with 33 points, eight rebounds and two assists, Khris Middleton added 26 points with seven rebounds and five assists while Jrue Holiday chipped in with 25 points, but no other player finished in double figures in scoring. As a team, the Bucks shot 48 percent from the field and 11 of 34 from the 3-point line as they led by nine points early in the fourth quarter, before losing in the final second of overtime as the Suns’ Devin Booker drained the game-winning free throws with just. 0.3 seconds remaining.

Head to head, the 76ers are 1-5 ATS in the last six meetings in Milwaukee.

Ben Simmons , Tobias Harris and Seth Curry are all listed as questionable for this one, so the 76ers could be severely shorthanded once again while the Bucks will be sweating on the availability of Giannis Antetokounmpo who left Monday’s game with cramp. This is a tough one to pick, but while I think the Bucks get the win, I’m going with the 76ers and the points as I can see this one going down to the wire. 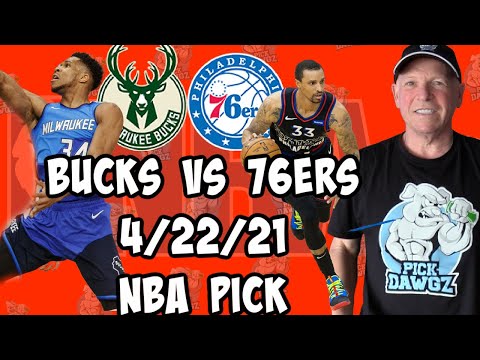