The New Orleans Pelicans invade the Amway Center to take on the Orlando Magic on Thursday night.

The New Orleans Pelicans have been in a slump as they’ve lost eight of their past 12 games and they will be hoping to put an end to a four-game skid after falling short against the Nets in a 134-129 home loss on Tuesday. Zion Williamson led the team with 33 points, seven rebounds and four assists on 14 of 19 shooting, Brandon Ingram added 27 points with five assists while Lonzo Ball and Nico Marshall each scored 15 points. As a team, the Pelicans shot 56 percent from the field and 12 of 33 from the 3-point line as they kept pace with the Nets all the way until the final seconds when Williamson turned the ball over with 2.6 seconds remaining to waste their final shot at forcing overtime.

Meanwhile, the Orlando Magic have been in a real funk lately as they’ve lost nine of their past 10 games and they will be hoping to avoid a fourth straight loss after getting routed by the Hawks in a 112-96 road loss on Tuesday. Wendell Carter Jr. led the team with 17 points on six of eight shooting, Cole Anthony added 17 points with eight assists while Gary Harris chipped in with 14 points. As a team, the Magic shot 40 percent from the field and eight of 36 from the 3-point line as they struggled to keep pace with the Hawks and fell behind by 17 points at halftime, before getting blown out in the fourth quarter where the Hawks poured in 32 points.

James Ennis and Terrence Ross are both listed as questionable for Thursday, so the Magic will likely be severely shorthanded once again while the Pelicans are just about at full strength for this one. Williamson and Ingram have caught fire lately, but it just hasn’t translated into wins lately. With that being said, I just feel that the Pelicans have too much firepower for the Magic who have lost nine of their last 10 games. 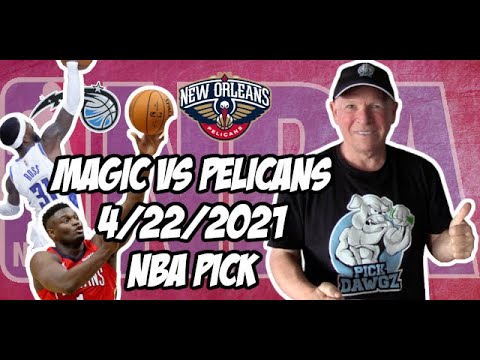