The Oklahoma City Thunder have been in dreadful form as they’ve lost 14 of their last 15 games and they will be hoping to put an end to an 11-game slide after falling short against the Wizards in a 119-107 road loss on Monday. Darius Bazley led the team with 26 points, seven rebounds and three assists, Tony Bradley added 16 points on seven of nine shooting while Kenrich Williams chipped in with 15 points. As a team, the Thunder shot just 43 percent from the field and 13 of 33 from the 3-point line, but they were always fighting an uphill battle after allowing the Wizards to pour in 38 points in the first quarter. Aleksej Pokusevski scored just eight points on three of 11 shooting while Moses Brown finished scoreless on zero of three shooting.

Meanwhile, the Indiana Pacers have been in a bit of a rut as they’ve lost four of their last five games and they will be hoping to stop a three-game skid after getting routed by the Spurs in a 109-94 home loss on Monday. Malcolm Brogdon and Caris LeVert each scored 18 points while Oshae Brissett chipped in with 13 points, but no other player finished in double figures in scoring. As a team, the Pacers shot just 32 percent from the field and eight of 34 from the 3-point line, but they got off to a slow start and quickly found themselves trailing by 23 points as they had no answer for the Spurs’ starters. Goga Bitadze scored just seven points on one of seven shooting, Justin Holiday scored just four points on one of nine shooting while Brogdon shot just five of 20 from the field.

Luguentz Dort is listed as questionable for the Thunder while Jeremy Lamb and Doug McDermott are listed as questionable while Domantas Sabonis has been ruled out, so both teams will be severely shorthanded here. The Thunder haven’t been able to buy a win lately and nine of their last 11 losses have been double-digit blowout, so I’m taking the shorthanded Pacers to bounce back with a much-needed win in this one. 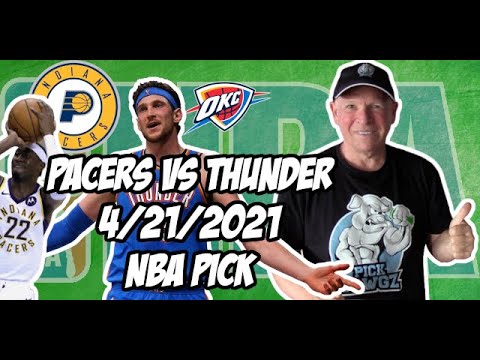