The Golden State Warriors and the Washington Wizards duke it out at the Capital One Arena on Wednesday night.

The Golden State Warriors have been in great form lately as they’ve won six of their past eight games and they will be looking to stay hot after taking down the 76ers in a 107-96 road win on Monday. Stephen Curry drained 10 3-pointers on his way to 49 points on 14 of 28 shooting, Andrew Wiggins added 16 points with 10 rebounds and two blocks while Damion Lee chipped in with 12 points off the bench. As a team, the Warriors shot 44 percent from the field and 14 of 32 from the 3-point line as they rode the hot hand of Curry, before pulling away in the second half where they held the 76ers to just 41 points.

Meanwhile, the Washington Wizards have been on a tear as they’ve won seven of their past eight games overall and they will be looking to build on their current five-game win streak after beating the Thunder in a 119-107 home win on Monday. Bradley Beal led the team with 30 points on 12 of 21 shooting, Davis Bertans drained six 3-pointers on his way to 21 points, Robin Lopez scored 17 points while Russell Westbrook tallied a triple-double of 13 points with 11 rebounds and 17 assists. As a team, the Wizards shot 50 percent from the field and 10 of 31 from the 3-point line as they stormed out of the gates with 38 points in the first quarter to take an early double-digit lead, before pulling away in the second half behind some hot shooting from their bench players as Robin Lopez shot seven of nine from the field, Daniel Gafford shot six of six from the field while Westbrook shot just five of 18 from the field.

The Warriors have come to life with six wins in their last eight games and it’s no surprise that it’s been Stephen Curry who has led the way with his scoring. You could say the same about the Wizards who have quietly been playing some of their best basketball of the season behind Russell Westbrook and Bradley Beal. Damion Lee is listed as questionable for the Warriors and Rui Hachimura is listed as questionable for the Wizards. You could make an argument for either side here, but with the line so short, I’m going with the Warriors to stay hot with a narrow win and cover in this one. 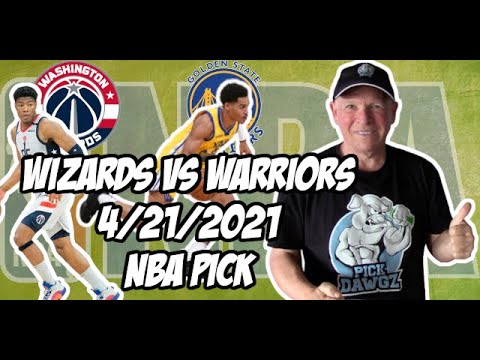