The Orlando Magic pay a visit to the Atlanta Hawks at the State Farm Arena on Tuesday night.

The Orlando Magic have been in a serious slump as they’ve lost eight of their past nine games and they will be hoping to avoid a third straight defeat after falling just short to the Rockets in a 114-110 home loss on Sunday. Dwayne Bacon led the team in scoring with 22 points, Cole Anthony and Gary Harris each scored 16 points while Chuma Okeke chipped in with 14 points. As a team, the Magic shot 45 percent from the field and 11 of 32 from the 3-point line as they got off to a nice start by scoring 31 points in the second quarter to take the lead into halftime, before seeing their hard work go to waste in the third quarter where they were outscored by 32-18. Terrence Ross sat out the game with back spasms and he has already been ruled out for Tuesday.

Meanwhile, the Atlanta Hawks have been in great shape as they’ve won eight of their past 10 games and they will be looking to stay hot after blowing past the Pacers in a 129-117 home win on Sunday. Trae Young led the team with 34 points and 11 assists, Clint Capela added 25 points with 24 rebounds and three blocks while Bogdan Bogdanovic and Kevin Huerter each scored 23 points. As a team, the Hawks shot 48 percent from the field and 13 of 32 from the 3-point line as they set the tone with 35 points in the first quarter to take an early double-digit lead, before pouring in another 35 points in the fourth quarter to pull away and win comfortably after leading by as many as 20 points.

Head to head, the under is 20-7 in the last 27 meetings in Atlanta and the Magic are 6-2-1 ATS in the last nine meetings overall.

The Magic are coming into this game ice-cold and they must be low on confidence after losing to the slumping Rockets in their last outing. The Hawks are playing some of their best basketball of the season and they just poured in 129 points against the Pacers on Sunday. Terrence Ross, James Ennis and Otto Porter Jr. are all listed as out for this one so the Magic will be severely shorthanded once again. The Hawks have their own injuries as Danilo Gallinari has been ruled out, but I’m sticking with the Hawks to stay hot with a big win in this one. 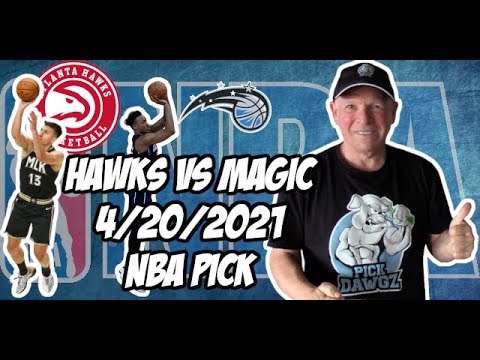