The New Orleans Pelicans play host to the Brooklyn Nets at the Smoothie King Center on Tuesday night.

The Brooklyn Nets have been in fine form as they’ve won eight of their past 12 games, but they will be hoping to bounce back after falling just short against the Heat in a 109-107 road loss on Sunday. Landry Shamet led the team with 30 points on 10 of 15 shooting off the bench, Kyrie Irving added 20 points with nine assists while Joe Harris chipped in with 12 points. As a team, the Nets shot 47 percent from the field and 17 of 43 from the 3-point line as they went back and forth with the Heat in a close contest, until falling painfully short as the Heat’s Bam Adebayo drained the game-winning shot at the buzzer to steal the game.

Meanwhile, the New Orleans Pelicans have been in poor form as they’ve lost seven of their last 11 games and they will be hoping to avoid a third straight loss after falling to the Knicks in a 122-112 overtime road loss on Sunday. Zion Williamson led the team with 34 points, nine rebounds and five assists, Eric Bledsoe added 22 points while Brandon Ingram chipped in with 19 points. As a team, the Pelicans shot just 40 percent from the field and a miserly six of 27 from the 3-point line as they fought hard to rally back from an early 15-point deficit, only to get blown out in the overtime period where the Knicks opened with a pivotal 9-2 run.

Kevin Durant will miss some time with a thigh contusion so the Nets will have to rely heavily on Irving for the time being. The Pelicans have cooled off lately with seven losses in their last 11 outings and they’re coming into this one off a tough overtime loss to the Knicks, but they’re getting big games from Williamson and Ingram which makes them a threat in this one. I expect Irving to lead the Nets with a big game here, but I’m going with the Pelicans to take advantage of the shorthanded Nets in this game. 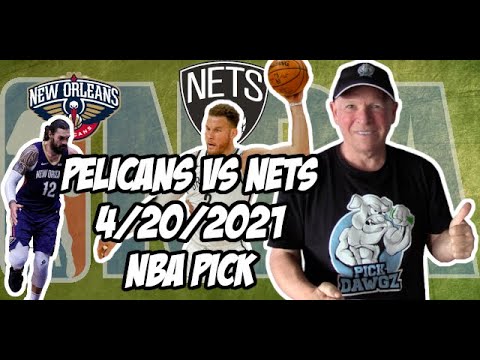