The Philadelphia 76ers play host to the Golden State Warriors at the Wells Fargo Center on Monday night.

The Golden State Warriors have been in pretty good form as they’ve won five of their past seven games but they will be looking to bounce back here after having their four-game win streak halted by the Celtics in a 119-114 home loss on Saturday. Stephen Curry drained 11 3-pointers on his way to 47 points on 15 of 27 shooting, Andrew Wiggins added 22 points while Kent Bazemore chipped in with 16 points. As a team, the Warriors shot 51 percent from the field and 17 of 40 from the 3-point line as they stormed out of the gates and led by as many as 16 points early on, before getting run down in the fourth quarter as they were outscored by 16-5 in the final 3:40.

Meanwhile, the Philadelphia 76ers have been in great shape as they’ve won seven of their past nine games overall and they will be aiming to build on their current four-game win streak after outlasting the Clippers in a 106-103 home win on Friday. Joel Embiid led the team with 36 points and 14 rebounds, Furkan Korkmaz added 18 points while Ben Simmons chipped in with 12 points, nine rebounds, six assists and two blocks. As a team, the 76ers shot just 42 percent from the field and 14 of 44 from the 3-point line, but this win was about their defense as they held the Clippers to just 20 points in the first quarter to take an early 17-point lead, before going on a pivotal 9-2 run late in the fourth quarter to escape with the hard-fought win.

The Warriors have been in great shape lately, but they might have to play this one without two of their top scorers as both Stephen Curry and Kelly Oubre Jr. are listed as questionable for this one. The 76ers have their own injuries to worry about as Dwight Howard, George Hill, Seth Curry and Tobias Harris are all listed as questionable. It’s always tricky picking these games that could have so many players sitting out, but the 76ers just took down the Clippers and I think they’ll stay hot with another win in this one. 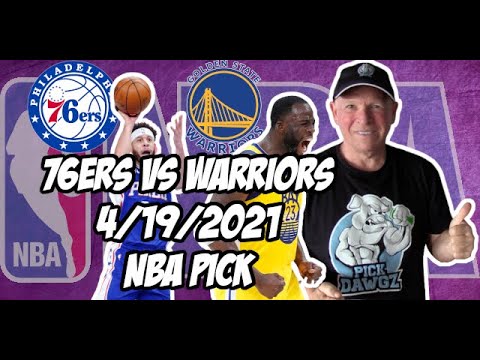